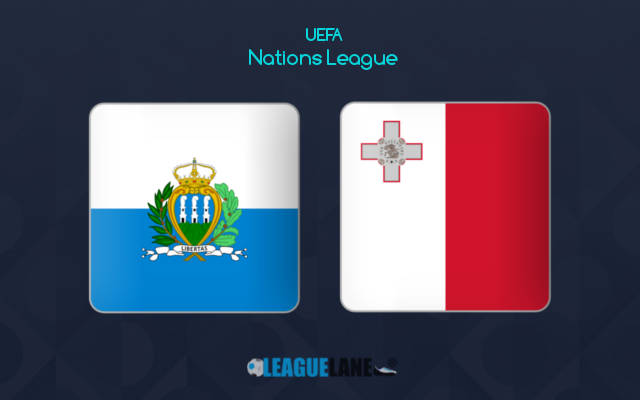 San Marino is set to host to the visiting Malta in a match of League D in Group 2 at UEFA Nations League. They will battle it out this Sunday at San Marino Stadium in Serravalle.

San Marino’s national team is sometimes considered the worst national side in the history of the sport, as they have only ever won a single match and conceded an average of 4.2 goals per game. Although as a member of UEFA they face stronger competition than many other low-ranked sides.

The hosts now come here on the back of 15 straight defeats in a row across various competitions. Out of those 15 matches, they fired blanks in 12 games. San Marino hasn’t won any game in the World cup qualifiers losing all 10 matches. They now come into this on the back of an entertaining 2-0 defeat away to Cape Verde in their most recent outing.

On the other side, since becoming a UEFA member in 1960 and a FIFA member in 1959, Malta have competed in every qualifier for the European Championship and World Cup, but have never made it to the finals of any major International competition. They rock-bottomed Group H of WC qualifiers with just 1 win form 10 games.

Malta come into this on the back of a 0-1 home defeat to Venezuela in a friendly international. They however won twice of their last 3 games across various venues. Goals have seen as 25 times in the previous 6 games in which the visitors have taken to the pitch, making it a mean average of 4.17 goals per meeting.

San Marino has been awful as of late, losing the last 15 games in a row. They even lost their previous 7 home games in succession conceding a jaw-dropping 28 goals along the way while the hosts netted only a shameful 2 goals.

Meanwhile, Malta are without an away win since their last 6 on road games. But they have at least won twice of their last 3 games played across various venues. The visitors have also a previous h2h advantage over this foe.

Knowing that, we expect the visitors to seal a win against this dreadful home side this weekend.