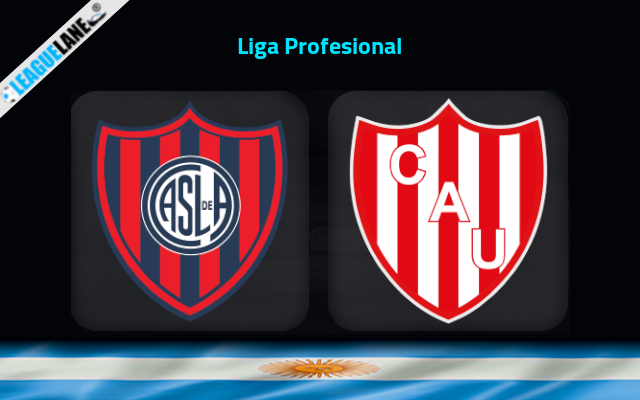 San Lorenzo had a winless inconsistency before entering this Liga Profesional season. However, they have recorded a better display here as they managed to remain unbeaten in six of the seven league fixtures they recorded so far this campaign.

Meanwhile, Union had a decent start to this Liga Profesional season. They have played eight league fixtures so far this season and have won four, drew two and lost two. Their recent form is not that consistent and have recorded some winless displays too.

We can see San Lorenzo playing their complete potential to remain unbeaten since the beginning of this season. They were having an unbeaten form before recording a 2-1 on road defeat against Baracas Central. Anyways, they have bounced back from that defeat by sealing a 2-1 win against Boca Juniors in the very next fixture.

San Lorenzo is still having an unbeaten form at home. They have succeeded in escaping a defeat at home impressively. The only disappointing part for them here is their defensive line-up. But that wont affect their spirits to face their next league rivals.

On the other side, Union have been recording a seesaw of form since the beginning of this season. However, they have successfully woven a thread of four unbeaten games in the league and are currently following it.

Union possess an impressive form on road. They are unbeaten on road so far this campaign similar to that of San Lorenzo at home.

Analyzing all the above stats, we are backing San Lorenzo with the home advantage and their impressive head to head form against Union. We also consider both teams to score option as both these outfits possess a leaking defensive steel.