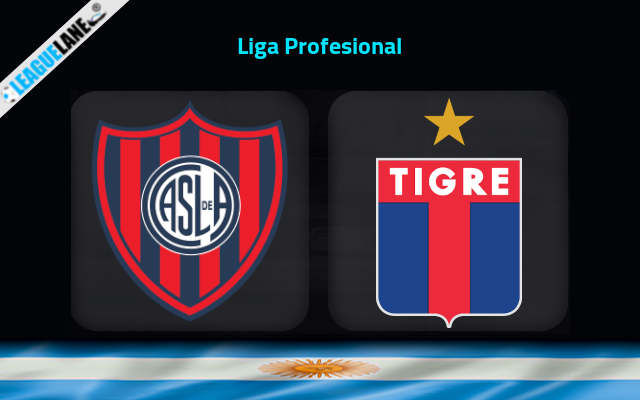 San Lorenzo had a winless inconsistency before entering this Liga Profesional season. They were winless in seven in the past 10 fixtures across all competitions. Four of those seven winless outcomes were negative displays for them too.

San Lorenzo succeeded in evading a defeat so far this season. But they are yet to win as each of their three league fixtures have ended up in a draw. They will be hoping to end up this by sealing a positive outcome from their upcoming league fixture which is scheduled at home.

Meanwhile,Tigre also had an inconsistent form before entering this Liga Profesional season. They were winless in five of the past 8 outings across all competitions before playing their first league fixture. Four of those 8 fixtures were negative outcomes too.

However, Tigre were having an unbeaten streak for the first two games in the league. But they failed to extend it further as the past two league fixtures have ended up in a defeat for them. They will be hoping to return back to the unbeaten streak.

The stalemate start at home is indeed a slump and San Lorenzo doubled it by allowing Arsenal Sarandi to score two late minute goals to end up in a 3-3 draw in the most recent league fixture at Estadio Pedro Bidegain.

On the other side, Tigre won one and lost one of their two league fixtures on road so far this season. The negative outcome was against Boca Juniors in which their display was highly competitive.

On top of that, Tigre possess a strong head to head stats against San Lorenzo. Adding that up with their competitive on road stats, we back Tigre to seal a win form this fixture.