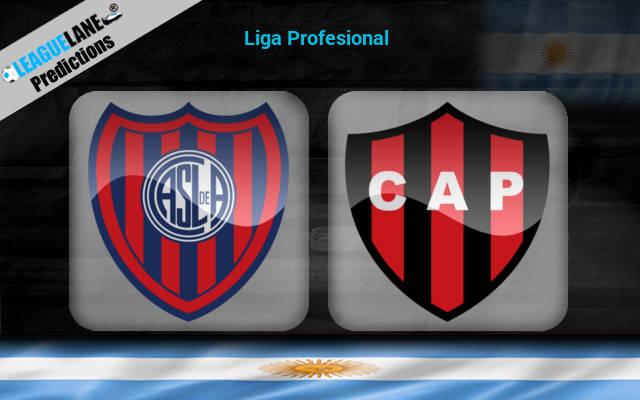 It has been a poor start for San Lorenzo in the 2021 as they lost half of their games so far and will look for a morale boosting win against Patronato on Monday night.

San Lorenzo did start the season well by picking 2 wins and 2 draws from 4 matches before losing 4 on the bounce. The latest of which is a 0-2 at Estudiantes, the result also saw them failing to score for a fourth consecutive time.

Morale is low with the team managed by Paolo Montero. But his immediate fix must be finding answers to an ineffective attack that scored just 2 goals in 8 matches.

Meantime, newly promoted Patronato will be content with their start as they sit at 12th in the table with 12 points from 8 matches. They lost just twice while bagging 3 wins and draws from the remaining 6. Their latest is a 1-1 draw with Banfield at home.

Away from home, the team is without a win in 3 after starting with a 2-0 win at Aldosivi. However the teams that beat that are the mighty Boca Juniors and current league leaders Independiente. Meantime, they managed a 2-2 draw away at Arsenal Sarandi.

No one is desperate for a win than San Lorenzo and they have a good account of themselves at this ground. Though they need to fix the troubles in final third, largely wasteful in this aspect in games played so far this season.