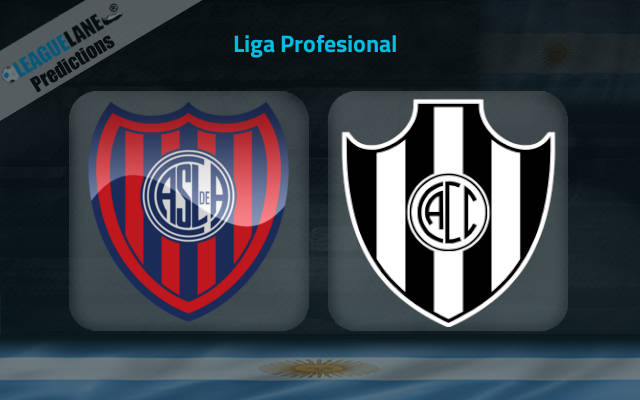 Cordoba have a great h2h record against this foe, and especially so at this venue. However, they are going through a rather inconsistent run at the moment, and they had finished considerably lower in the table the last season, compared to Lorenzo.

As such, expect goals to come from either side of the pitch this weekend at the Estadio Pedro Bidegain.

In fact, San Lorenzo were placed eighth in the table the past campaign, and they were trailing by just three points below the third-placed Velez Sarsfield. Do also note that only five teams in total had outscored them in the league as well.

In the meantime, Cordoba were placed 18th in a table of 24, and they could not even score at a rate of one goal per fixture. The only confidence they have got going into this match-up is that they have a phenomenal h2h record against this rival

San Lorenzo have failed to score just thrice at home in their past sixteen appearances, and they were also unbeaten in 11 of their last 16 overall games.

They are also at home, and are in much better form compared to that of their counterparts. Moreover, they also had a far better campaign in the previous league season.

Likely, they are expected to score this Saturday at their home.

On the other hand, despite all their problems, Cordoba have a crushing h2h record against this foe, and have scored four or more goals in every single such meeting till now.

Taking into account these stats, expect a high-scoring affair this Saturday between the two squads.