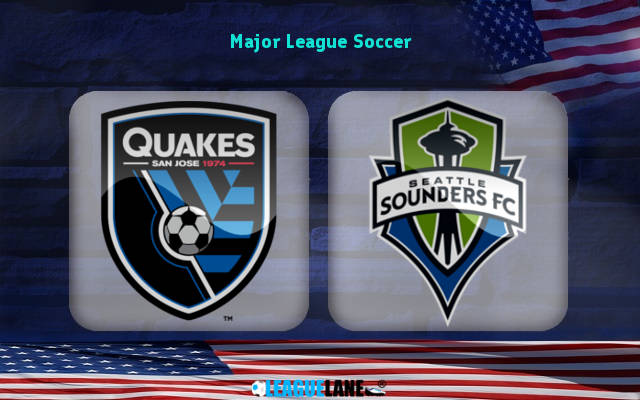 Brian Schmetzer’s men are the current toppers of the Western Conference, and they have climbed to this spot despite having a game in hand. In the process, they have scored the third-most number of goals of all the teams in the West, and have conceded the least as well.

Meanwhile, the Goonies have the worst defensive record in the whole of MLS. They let in a total of 43 goals from their total 18 games, and do note that no other squad in the league has even touched the 40-goal mark.

And most importantly, Schmetzer’s men have a great h2h record against this rival, and especially so in the recent years.

As such, expect the Seattle Sounders to register a win this Monday at the Earthquakes Stadium.

These two teams had locked horns just one month back, and then Schmetzer’s men had delivered a massive 7-1 win. This single stat alone would be enough to determine the outcome of this upcoming encounter.

And to further pile on, they have also recorded the previous five h2h wins, and were unbeaten in 12 of the preceding 13 overall match-ups.

Furthermore, they are also the toppers of the Western Conference table, while the Goonies have conceded the most number of goals in the whole of MLS.

Likely, expect Seattle Sounders to deliver a win this Monday, and that too in style.