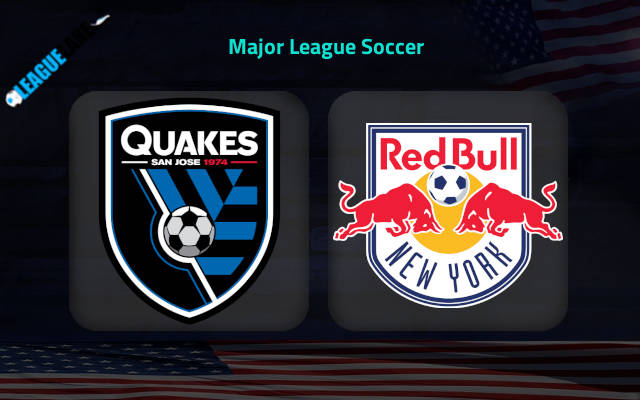 PayPal Park will witness San Jose Earthquakes welcome New York Red Bulls, as they compete in their opening fixture of the 2022 MLS season.

Having made it to the playoffs in 2020 for the first time in history, San Jose Earthquakes had to settle for a 10th place finish in the Western Conference of the MLS last time around. This in turn meant they achieved a 21st place finish in the overall rankings.

The team having added forty one points to their tally, through ten wins and eleven draws, could compete in the play offs as they finished, seven points behind the cut off.

New York Red Bulls meanwhile, made it to their 6th consecutive playoffs last season. The team with forty eight points through thirteen wins and nine draws, managed to finish the season in 7th place in the Eastern Conference. Which meant they finished the season in 14th position in the overall rankings.

In the playoffs, they made an exit in the first round following a loss in extra time against 3rd place Nashville, in a cruel manner by conceding the winner in the 123rd minute.

Seven goals were scored in the visitors’ previous six away fixtures, with their opponents having a fairly stable defense and not being the most threatening attacking side against teams that compete for the playoffs, expect a low scoring game.

Both teams will head into the fixture off the back of two consecutive draws. With the away side registering draws more often than not on the road and their opponents avoiding defeats in home games, a draw is the most likely outcome of this fixture.