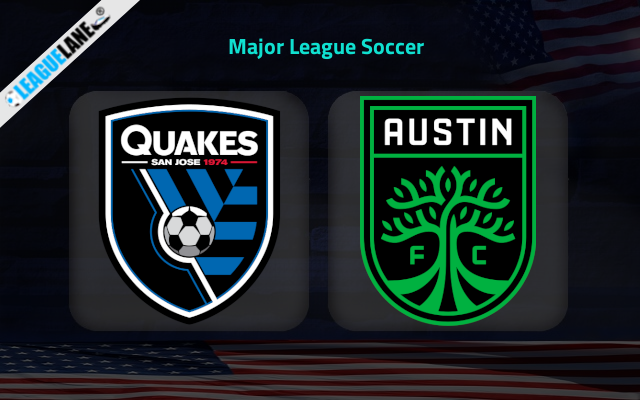 Austin had an impressive start to this season, but failed to hold it. Their positive recording sin the first two fixtures are missing in the past two. However, their attacking side still looks explosive with a strong defensive lineup. On the back of that, they will be hoping to return back to the winning ways.

Austin recorded a 1-1 draw against Seattle Sounders at home in their most recent league fixture. It was their second consecutive winless game. When looking at their opening set of positive recordings, we can see them scoring five goals in each of them.

Meanwhile, SJ Earthquakes are yet to record a win since the beginning of this fresh season. They had a disappointing start and as a result they are currently at the 13th spot of the table. They have a disappointing offensive and defensive lineup.

Earthquakes recorded a 1-0 defeat against Minnesota on road in their most recent league fixture to wove a thread of four consecutive league fixtures without a win. Also, they have failed to score in each of their past two fixtures.

SJ Earthquakes have been recording inconsistent displays at home of late. Inspecting past five home affairs including the previous season’s recording, we can see them remaining winless in four of them. They have been leaking goals in each of those four.

On the other side, Austin’s only defeat this fresh season was recorded on road. In fact, they have been following a thread of negative displays on road since a long time.

However, Austin possess a better form this season when compared with Earthquakes. Therefore, we expect Austin to record a positive display despite of their on road slump and h2h inferiority.