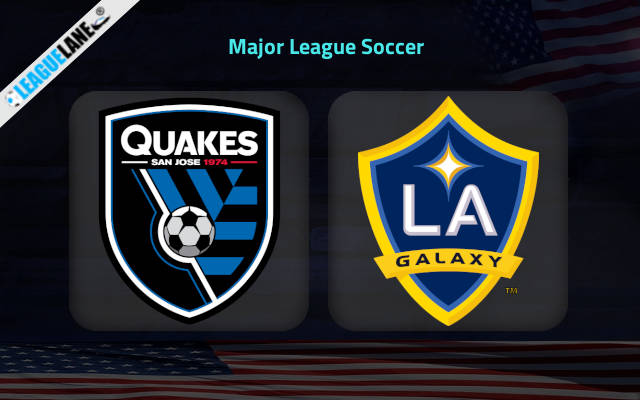 Los Angeles Galaxy finally managed to snap a four-game winless thread and they have done it in some style, bagging four goals past Colorado Rapids last weekend.

It was a big attacking showing for the team led by Greg Vanney. Chicharito was on target, while Riqui Puig delivered an assist in a comprehensive victory for the Galaxy on the occasion.

The LA squad will now be searching for very important points in the battle for securing the Western Conference playoffs spot on Saturday night when they take on San Jose Earthquakes in the Californian derby at Stanford Stadium.

LA Galaxy are currently holding the bubble position in the Western Conference playoffs, sitting lock on points with the 8th-placed Real Salt Lake who are below the line.

On the other side, we have SJ Earthquakes who have already lost all hopes of catching the postseason action after winning only 7 of 31 league outings so far in the season.

The ‘Quakes are at the very foot of the conference standings with as many as twelve points between them and LA Galaxy and only three matches left to play.

This game has a much bigger importance for LA Galaxy who will also enter the tie in higher spirits after the 4-1 thumping of Colorado Rapids last time out. The value is great with the 2.20 odds offered for the away win pick here.

Also, this is the match between two attacking-minded outfits and we would be more than surprised to see a low-scoring scenario in the lone MLS game for the weekend. The Over 3.5 goals FT pick is priced at the 2.10 odds.