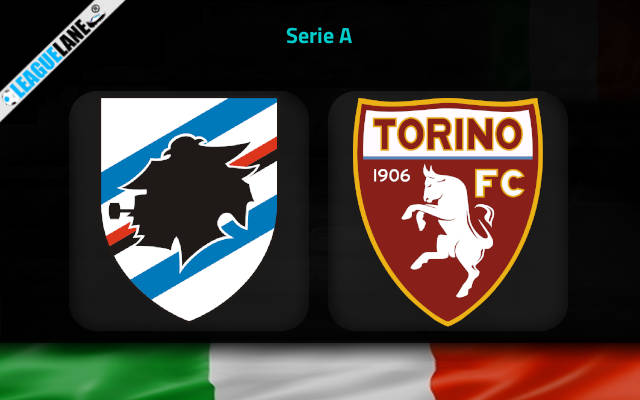 Winless in over a month now Sampdoria will head into the fixture with teams in the last quarter of the table breathing down their necks.

Disregarding their loss against Inter, Torino have been performing incredibly and in the process have ascended the table.

Doria was last seen in a 1-0 defeat against Napoli away from home. This was the club’s second consecutive loss having lost against Cagliari at home in their first match of the new year.

With a point on average coming from the previous five fixtures they now sit 15th in the league seven points clear of relegation.

The club has not conceded a lot of goals in those fixtures but have certainly struggled to find the back of the net.

Toro meanwhile registered a convincing 4-0 win against Fiorentina at home with Josip Brekalo scoring a brace in their most recent fixture.

Having gained 10 points from their previous five fixtures, the club now sits 9th in Serie A four points behind a spot in the UEFA competitions.

The club has been the most solid team defensively outside the top four but they have improved considerably while going forward in recent games.

Firstly, the hosts have conceded a lot of goals throughout the season. However, just six goals were scored past them in the last 5 fixtures, which is an average of 1.20 per game.

Secondly, their opponents have the best defensive record in the division, only behind Inter and Napoli.

To sum it up with such impressive defenses in the field I do not see more than two goals being scored this Saturday.

Blucerchiati have won just one of the previous six home matches. While their opponents have been brilliant at home; they are winless in their previous 7 away fixtures. Given the form of the teams involved, I don’t think either team will take all three points from this fixture.