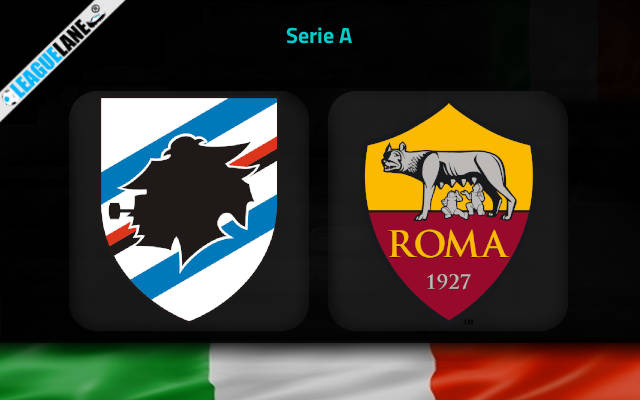 Roma returned to the battle for the top positions in the Serie A standings thanks to a run of three wins in the last four league games.

They will have a nice chance to extend it on Monday afternoon, travelling to Stadio Comunale Luigi Ferraris to battle the rock-bottomed Sampdoria in Matchday No 10.

Le Samp are the biggest disappointment of this Serie A campaign. They have collected just three points in the opening nine rounds.

Such an awful start to the season required a managerial change as Marco Giampaolo had to give his place to former Red Star Belgrade head coach and Inter Milan & Lazio midfielder Dejan Stankovic.

The Serbian manager debuted with a 1-1 draw at Bologna in the previous round. He will lead the team in front of the home fans for the first time here against Roma.

Stankovic’s biggest challenge will be to find a way to improve his new team’s offensive performances because Sampdoria have the league’s worst attacking record with just five goals scored in nine games.

Roma did not thrive offensively so far in the season either and they will travel to Genova without top scorer Paulo Dybala who suffered an injury just a minute after bagging the match-winner against Lecce last Sunday.

Sampdoria own the weakest attacking record in the league, while Roma will be without their top scorer Paulo Dybala. In general, there is little value in backing the away win at the 1.72 odds knowing that the Romans have only managed 7 wins in the previous 26 away outings against Sampdoria.

This is why we will go with the Under 2.5 goals FT as the best betting option at the odds of 1.90 odds, while the braver tipsters can even try with the goalless draw at the whopping 10.00 odds.