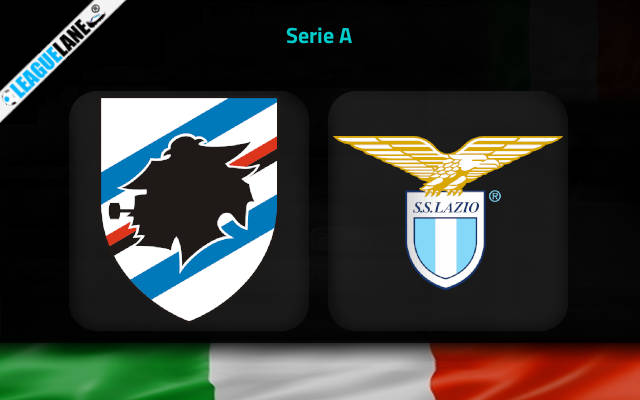 And one important thing that needs to be mentioned right away is that both teams have showed justice to their respective tags.

Lazio have been unbeaten so far in the new season and are placed 3rd in table. In fact they a have 100 percentage winning record disregarding a single draw, and they have let in just one goal all through the campaign.

Do note that they had finished 15th in the table the previous season and thus missed out on a ticket to the Champions League by a margin of just one point. They will be eager to make amends this time around.

Meanwhile Sampdoria are placed 18th in a table of 20 as of now and they have a 100 percentage losing record disregarding a single draw. They are the only team in the whole tournament yet to find the back of the net and only 2 other teams have let in more goals than them as well.

Moreover they had finished 15th in the league table and had a surplus of just 6 points over the relegation cut-off.

Furthermore, they also have a poor head-to-head record against this rival over the years. Judging these observations, expect a victory for Lazio this Wednesday.

Sampdoria are on a 3-game winless run, and they had remained so in 14 of their past 19 fixtures. In the process, they had gone on two separate three-match losing streaks.

On the other hand, Lazio were unbeaten in 11 of their past 12 overall fixtures, and they had gone on two separate two-game winning streaks during the stretch.

On top of that, they also have a dominant h2h record against this foe over the years.

For the reasons, expect a win for Lazio this Wednesday.

Tips for Sampdoria vs Lazio