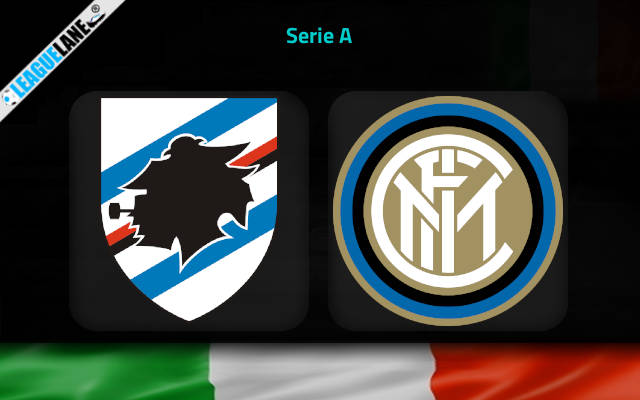 Inter are the reigning champions of the competition, and despite the departure of some of their personnel, they still are one of the favorites to lift the title this season. Meanwhile, Sampdoria are on a poor run, and they also have an inferior h2h record against this foe over the years.

Likely, expect a win for the title-holders this Sunday at the Stadio Luigi Ferraris.

They had secured the first position in 2020-21 with a 12-point lead over the second-placed AC Milan, and in the process, they had put an end to the nine-year monopoly of Juventus.

The team also had scored an impressive 89 goals from their 38 fixtures, and all through the campaign, they had lost just thrice.

In the meantime, Sampdoria had finished ninth, and had managed just 15 wins. Note that they also had scored a total of just 52 goals, and moreover, they have made a total mess with their new campaign so far.

Not only are they winless so far in the 2021-22 edition of the Serie A, but they are also yet to score their first goal as well.

By the looks of things, expect a win for Inter this weekend.

Sampdoria were held to a goalless draw the last match-day by Sassuolo. In the meantime, Inter won 1-3 on the road the past game week.

Going on, the title-holders are on an eight-fixture winning streak, and they had also won 21 of their past 24 match-ups. Do also note they have lost just against Juventus since the first week of January 2021.

On the other hand, Sampdoria are winless so far this season, and they have a worrying h2h record against this foe over the years. In fact, even at this venue, they have failed to show any kind of domination in face-to-face games this past decade.

Taking into account these observations, expect the in-form Inter to deliver a handsome win this Sunday.