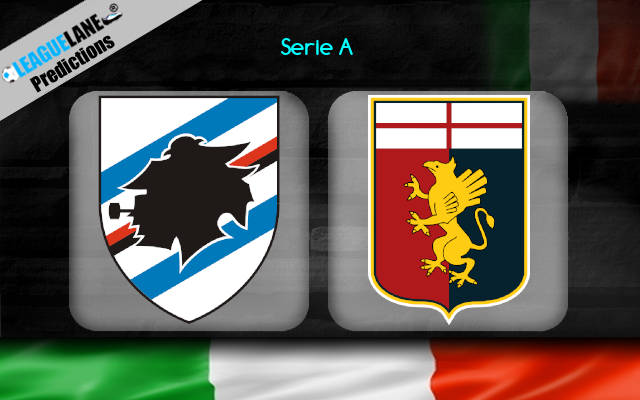 Sampdoria have seen a troubled start of the campaign but picked it up recently and host Genoa for their city derby in great shape. They connected a four-match winning streak since early October and they’ll now be looking for more of the same, desperate to challenge a top 6 spot as they sit just behind Juventus and Atalanta.

La Samp beat Fiorentina (1-2) ahead of the break and built on it with six points in important games against Lazio (3-0) and Atalanta (1-3). They also beat Salernitana (1-0) in Coppa Italia with a rotated lineup midway through the week and we do feel Claudio Ranieri has a lot to build on, with Fabio Quagliarella leading once again.

Genoa haven’t really been able to replicate such success against the big guns. They saw a thrashing loss in the hands of Napoli (6-0) and earned a point against Verona (0-0) only to see a 0-2 home loss to Inter Milan more recently. They did beat Catanzaro (2-1) in Coppa Italia but it feels Grifone are a long way from their best – with a desperate need for points to escape the immediate danger zone early on.

We’ve been used to tight clashes between the sides lately, with a winning margin of more than a single goal seen just once in last five games.

Genoa snatched a 1-2 win in July, as Criscito and Lerager found the net.

Sampdoria bagged two wins in a row beforehand and now look to return to such a streak in Derby della Lanterna.

We do see La Samp making it happen and we will now stick with them to build on a four-match winning streak here. We’ll back Sampdoria at 1.90, which feels like great value although derby days are never a usual contest and it promises great excitement at Luigi Ferraris Stadium once again!

We thus hope to see goals and we’ll go for a high-scoring occasion with Over 2.5 Goals FT at 1.72. Genoa have been unpredictable in the attacking third and struggled for consistency but we feel they’ll be a great challenge here.

We thus hope to see them make an impact and Sampdoria will have to outgun them if they’re to secure the points.