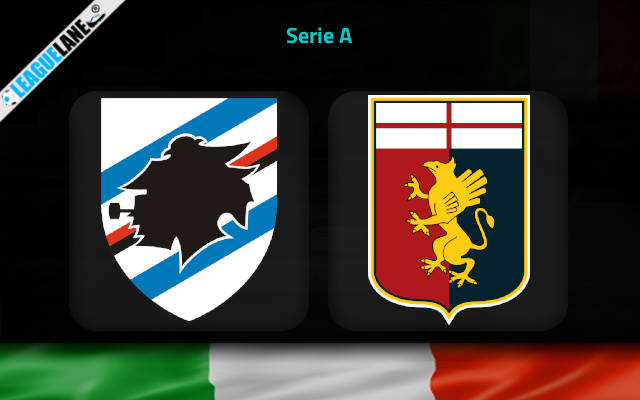 Genoa are on a race against time in this final stretch of the season. They are placed 19th in a table of 20, and so far they have recorded a total of just three wins through the campaign.

With just four fixtures remaining for them, they need a surplus of four points two climb safe from the relegation threat.

However the teams just above them are in superior form and it really is going to be a challenge for the team to avoid getting a boot to the Serie B.

Meanwhile Sampdoria are placed 16th in a table of 20, and even though they have a small cushion of points over the cut off, it cannot be said that they are entirely free from the threat of getting the boot.

Anyhow, this upcoming fixture is an encounter between two direct rivals for the last remaining safe spots in the Italian top flight.

And as such we can expect a fierce encounter this Saturday. Moreover, considering the state of defense of either squad, expect goals in plenty between the two teams.

Sampdoria were held to a 1-1 draw the last match-day on the road, by Verona. Before that they were on a 3-game losing streak, and they have also won just four times at home in the past six months.

On the other hand, Genoa did win 1-0 at home the past game week, against Cagliari. But it needs to be mentioned that they were winless in 30 of their past 33 overall fixtures.

Do also note that the last they recorded a win on the road was back in September, and before that in May of 2021.

It goes without saying that these two can be counted amongst the weakest in the Italian top flight. And in these desperate times, the defense on either side cannot be trusted that much. Expect goals in plenty this weekend.

Tips for Sampdoria vs Genoa