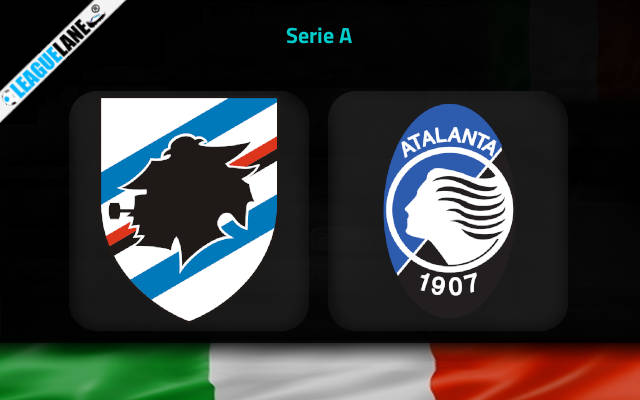 Sampdoria were one of the weakest teams in the Italian top flight the last season and had secured a finish close to the relegation cut off. Meanwhile Atlanta have always been one of the best in this league and despite the insane competitive nature of the Serie A in the last few years, they managed to finish eighth in the table.

However, their target was a top-7 finish, in order to qualify for one of the European competitions and they missed out on it by just 3 points. This definitely was a costly miss for them and they will be determined to make amends.

It is important for them that they start their campaign on a winning note. Their strength has always been their offense and it has been a regular occurrence in the league that they will be amongst the teams that had scored the most number of goals at the end of the season.

Meanwhile, Sampdoria had finished 15th in a table of 20 the last season and they had a surplus of 6 points over the relegation cut-off. They had remained winless in 28 of their past 38 overall fixtures and at the end of the campaign they had a -17 goal difference as well.

Moreover, they also have a dominant head-to-head record against this opponent, and taking into account these observations, it is expected that we are about to witness a victory for Atalanta this weekend.

Sampdoria were winless in 8 of their past 12 overall fixtures, and in the process they had gone on a 3-game losing streak.

It also needs to be noted that they have a total of just 8 wins in front of their home crowd in the past 12 months and in the process they had gone on 2 separate 2-game losing streaks as well as another 3-fixture losing stretch.

On the other hand, Atalanta have lost a total of just four times away from home since October of 2021, and in the process, they had gone on three separate two-fixture winning streaks, as well as another three-game winning stretch.

Taking into account these observations, expect a winning performance from Atalanta.

Tips for Sampdoria vs Atalanta