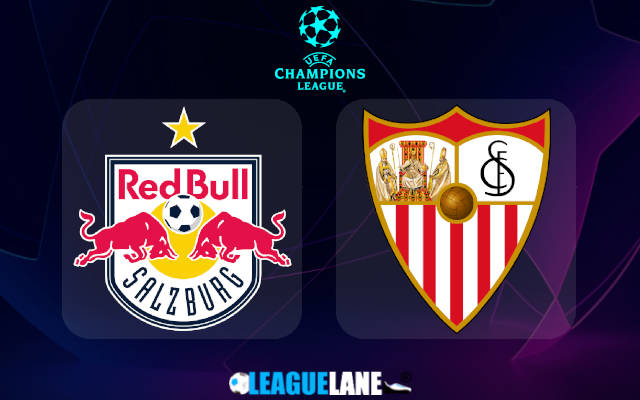 Group G is as chaotic as it could get. On the final match-day in the group stages, the four teams are separated by just three points, and there’s no telling which teams would make the cut, while which will return dejected.

It goes without saying that we are about to witness a tense ninety minutes this Wednesday, as the four teams will try their absolute best to make it to the knockouts.

At the Red Bull Arena, Salzburg and Sevilla, placed second and third in the table, will battle against each other – targeting nothing but the three points.

By all means, expect a cracker of game, and goals coming from either side of the pitch.

Salzburg lost 1-0 on the road the last match-day in the CL, against Lille. Going on, they are the only team outside of the top-five leagues in Group G, and they still managed to climb to the second position in the table.

And now with just a single game remaining in the group stages, they have a great opportunity to qualify for the next stage, and we can count on them to give it their best effort – especially since they are at home.

On the other hand, Sevilla registered a 2-0 win at home against Wolfsburg the last match-day in the competition. It was a must-win game for them, and they will surely try to keep the momentum going.

By the looks of things, expect goals to come in plenty from either side of the pitch, as these two battle it out for a ticket to the Round of 16.

Tips for Salzburg vs Sevilla