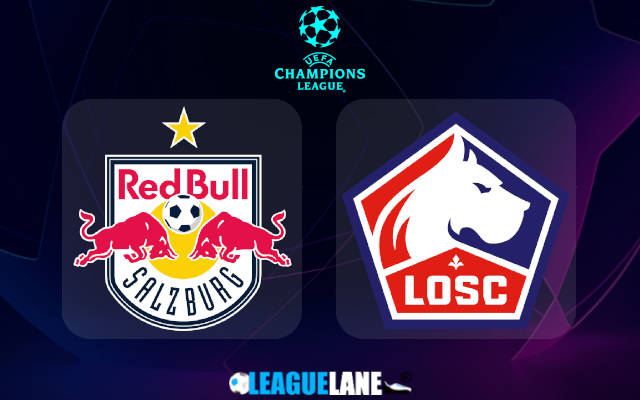 Red Bull Salzburg welcome Lille on matchday 2 of the Champions League, teams looking for their first win of the campaign.

Matthias Jaissle’s men were away at Sevilla on matchday 1 and they will be highly disappointed to have come out with a draw after giving the Spaniards a run of their money. Salzburg had three penalties, missed two of them while the Andalusians equalized through one of their own.

The Red Bulls are performing exceptionally well in Bundesliga and won each of the 8 matches played so far, 6 of those came with a margin of 2 or more goals.

Lille had a difficult start to the season and this was expected with Christophe Galtier
resigning after winning Ligue 1 last season. The team kicked off under Jocelyn Gourvennec without a win in three games and this was further stretched to just 1 win in 6 games before beating Strasbourg and Reims by the same 2-1 margin last week.

Coming back to Champions League, they were held to a goal-less draw at home by Wolfsburg on matchday 1. This stretched their winless run in the competition to 10 games.

The bookies see Salzburg as clear favorites to win this game, but Lille is a team fresh from winning the domestic league and they cannot be underestimated by any means.

The recent wins against Strasbourg and Reims combined with the draw against Wolfsburg put this team in confident mode and they will be well equipped for a good fight at the Red Bull Arena.

We see goals in this match with Salzburg already netting 40 goals from 14 games played across all competitions this season. Therefore, the over 2.5 goals stand out as the best bet for this Champions League group stage fixture.