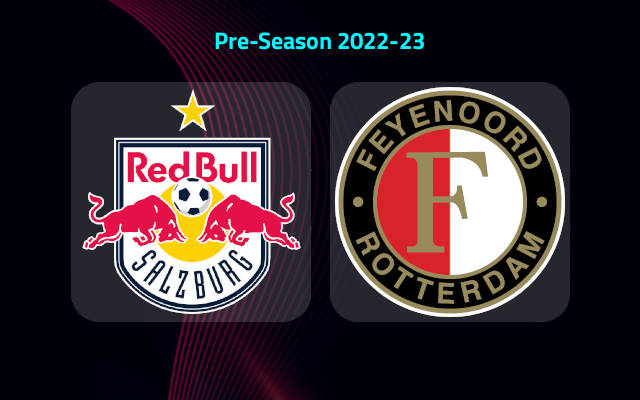 Salzburg are on a superb streak of results lately. They are scoring goals at a phenomenal rate and these consecutive wins have built quite a load of momentum as well.

They had comfortably won their league the last season, as usual. They had a lead of 17 points at the top of the table at the end of the regular season and had a 15-point lead at the top after the Championship Round.

And as expected they had scored the most number of goals of all the teams in the league and had conceded the least as well.

Meanwhile Feyenoord are going through a poor stretch of results currently, and they are letting in goals in huge numbers. They are on a losing streak at the moment and they also have an inferior head-to-head record against this rival.

For the reasons, expect a victory for the in-form Salzburg.

Salzburg are on a 3-fixture winning streak and they had also won 13 of their past 15 games. Do note that they had scored 2 or more goals in 11 of their past 14 fixtures too.

Going on, they are on a 14-game unbeaten run at home and impressively 12 of these were wins.

On the other hand, Feyenoord are on a 3-match losing streak and they had let in 7 goals in their latest fixture alone. They were also winless in 5 of their past 6 overall fixtures, and they were winless in 2 of their former 3 road trips as well.

Considering these observations, expect a victory for the hosts Salzburg this Saturday.

Tips for Salzburg vs Feyenoord