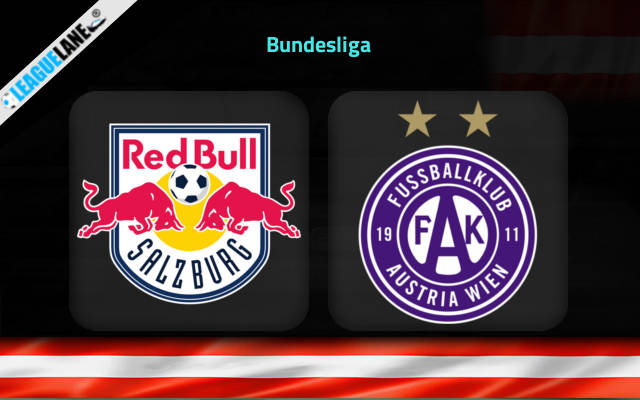 As expected, Salzburg were the champions of the Austrian top flight the last season and that too in style. They will once again attempt to secure the crown at the end of this coming season and they will be eager to start their defense with a win against Austria Wien.

The Red Bulls were at the top of the table at the end of the regular season with an 18-point lead and all through the run they were defeated just once. They had scored the most number of goals of all the teams in the competition and had let in the least number of goals as well.

In fact, they had found the back of the net an astonishing 77 times from their 32 games, and all through this and they had let in a total of just 19 goals.

Meanwhile, Austria had a much worse campaign comparatively. It needs to be noted that they had a goal difference of +5 while their counterparts had registered an astonishing +58 goal difference.

Going on they also have a poor head-to-head record against this opponent over the past several years and judging all these observations it is expected that we are about to witness a victory for Salzburg this weekend.

The dominance of Salzburg has been such that they have lost a total of just twice since November of 2021. And it needs to be noted that one of these defeats had come against Bayern Munich in the Champions League.

During this stretch they had gone on long winning streaks and had found the back of the net in plenty.

On the other hand, Austria did end their previous campaign with a 2-fixture winning streak. But it needs to be noted that they were on a 7-fixture winless run before that, and in the process had even gone on a 3-game losing streak.

They have also struggled on the road for quite some time now and most importantly, they have a rather inferior head-to-head record against this rival over the years.

Taking into account these observations, anticipate a victory for Salzburg this weekend.

Tips for Salzburg vs Austria Wien