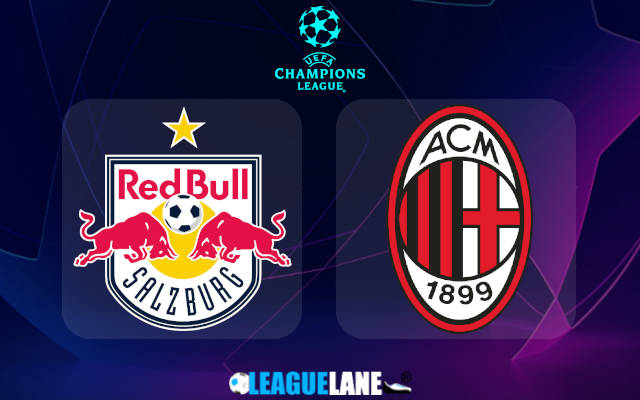 Salzburg have been one of the best teams in the Austrian top flights for the past several years and especially the previous season. They claimed their ninth consecutive title and have won a Champions League ticket for the fourth consecutive time.

They will be facing one of the prominent Italian outfit, AC Milan in their opening fixture on Tuesday at Red Bull Arena. The two times Champions League winners will be having some spirits to have a positive take-off on Tuesday evening.

Going on, Salzburg currently sit on top of the Austrian Bundesliga table with 18 points on board as they won six and lost one of their 7 league outings so far.

The team is currently following a streak of six winning games across competitions. They will be determined to extend the thread despite of their opponents possessing a superior exposure to the European elite clash.

Meanwhile, AC Milan seems to have picked up things from where they left off in the past season. In Serie A, they are level on points with the current top spot occupier Napoli with 11 points on the board. They are having an unbeaten form since the beginning of this season.

Do also note that, they have scored a total of 10 goals in the previous five fixtures.

The Red and Blacks will be considered as favorites here as they belongs to the Italian top flight which is much stronger than the Austrian Bundesliga. The Champions League exposure of the Rossoneri’s will also be a reason for bookies to consider them as favorites prior to this fixture.

On top of that, they are on a five-game unbeaten streak on the road and had scored a total of 14 goals in the process.

Thus, expect a win for the visitors on Tuesday at Red Bull Arena.