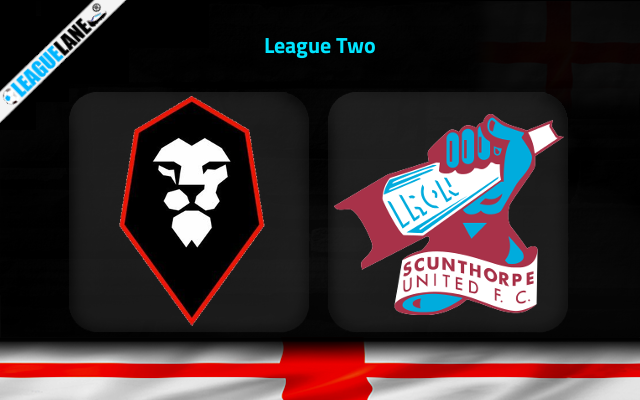 Salford occupies a position which doesn’t offer anything as of now. They sits 11th on the table with a total of 50 points, 10 points away from the safe zone. Recording a win in each of their league fixtures further now will only be their option to claim a safe spot.

Salford have been recording impressive displays in the elague of late. They have woven a thread of 7 unbeaten games in the league after recording a 1-1 draw against Rochdale on road in their most recent league fixture. They will be having positive spirits following such a thread of unbeaten displays.

Meanwhile, Scunthorpe remains at the rock bottom of the table after being consistent in recording negative displays. They have a dreadful form since the beginning of this season. They owns the worst offensive and defensive lineup of this season.

Scunthorpe recorded a 0-1 defeat against Barrow at home in their most recent league fixture. With that defeat, they are now winless in 7 consecutive league fixtures.

By the looks of things, we expect a positive display from the hosting Salford when they meet this Scunthorpe outfit at Peninsula Stadium in a League Two fixture on Saturday afternoon.

Salford are unbeaten in 6 of the past 7 league fixtures at this venue. They have a decent offensive and defensive side at home. Their overall form at home is not that impressive. However, its more than enough as they face the worst team of this season.

We are reckoned to think that Salford might well find it easy to score past this Scunthorpe outfit who have only won once on road since the beginning of this season. Therefore, we are backing Salford to seal a win from this fixture.