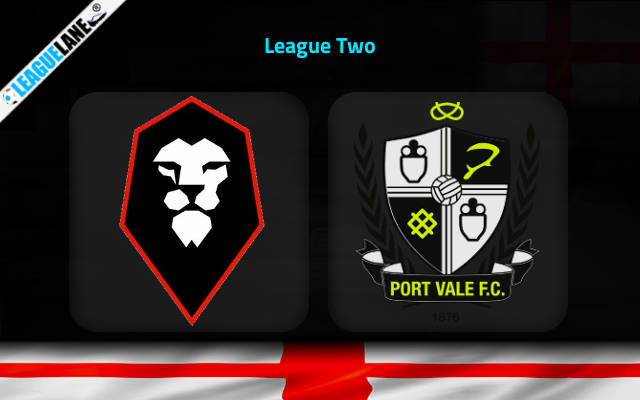 Salford hosts Port Vale for Tuesday’s English League Two fixture with both teams looking for valuable points to stay in the promotion race.

The home team sit third in the ladder and are coming to this match on a rich vein of form with a 11-match unbeaten run.

Also, they have won their last four league games and a win here could cut short their gap with second placed Exeter to 2 points depending on results elsewhere.

Port Vale are 9th on the log, but only four points separate them from Salford.

A win here will quickly take them inside the play-off zone and they do have form of their side having won 5 of the last 6 with a goal-less draw against Exeter in the mix.

A tight match is on the cards with both teams coming to this match on the back of excellent form and very little to separate in the points table.

We may therefore take both teams to score as the top bet for this fixture with odds priced at 2.00.

Brave punters may take a shot on full time correct score 1-1 priced at sky high 7.00 odd. We have seen the same score in 2 of their last five h2h meetings.