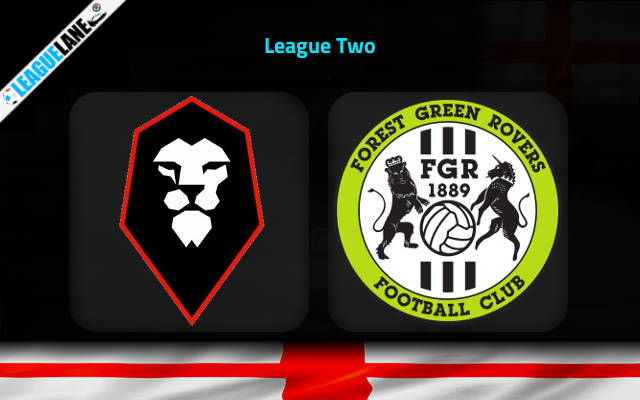 Thanks to excellent performances in the month of February, Salford has managed to put themselves in the conversation for the promotion playoffs. Nevertheless with an extremely closely fought situation, in the top half of the league table, it is easier said than done.

They were last seen taking all three points in their away fixture against Swindon, in which they scored two late goals to seal the win. The result marked their 3rd win in four league matches.

Having further managed a point through a draw from those games, the club is now sitting eleventh in the league, seven points behind the 7th place team.

Forest Green in their last four league fixtures have dropped more than half the points they had dropped prior to that in this season. However, they are still a country mile ahead of the rest of the division and are still favourites to win the title.

The club could only manage a point for themselves in their previous league match; which came away from home against 6th place Newport County as the contest ended with a score line of 1-1.

Following the result, the club is now 1st in the division, ten points clear of the 2nd place team, with a game in hand over them.

All but one of the last seven League One games at this venue has involved two or three goals. A similar score line was witnessed in the preceding four league fixtures of the visitors on the road. Consequently, I have backed the outcome for this fixture.

Three of Forest Green Rovers’ last four away fixtures ended 1-1. The same score line has been observed thrice at Moor Lane this season. Therefore, I have backed this game to end 1-1.