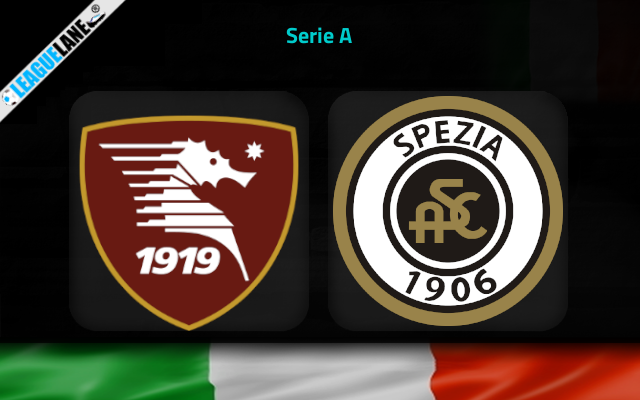 Neither Salernitana nor Spezia have been pulling up many trees in the recent weeks and their head to head clash in Gameweek 11 provides a perfect chance for both outfits to find a way out of the crisis.

Salernitana did pick up a 2-1 win over Verona in the previous home fixture but they have three defeats in the last four league outings.

The latest has come last Sunday when Davide Nicola’s men were powerless against the runners-up, falling 2-0 away at Inter Milan.

However, Salernitana do come into this tie as the favorites knowing that Spezia have lost all five away matches since the beginning of the season without scoring a single goal in the process.

We have to mention that Spezia had to play the likes of Inter Milan, Juventus, Napoli, and Lazio in the process, though.

Nevertheless, the main problem for Luca Gotti is not the lack of attacking creativity but rather the absence of defensive meticulousness.

Spezia have continued to struggle defensively last Sunday, playing only a 2-2 draw at home to recently-promoted Cremonese.

Gotti’s men shipped eight goals in the last three league outings despite playing the likes of Monza and Cremonese along the way.

This will be the music to the ears of Boulaye Dia who is set to lead Salernitana’s line this weekend. Dia has four goals to his name this season and he is our main option for the anytime goalscorer market here.

Both Salernitana and Spezia have been easy to break down so far in the season. Knowing about their high-scoring trend in the recent head to head affairs, we are very much tempted to take Salernitana to win & Both Teams To Score bet at the odds of 4.33.

Boulaye Dia should have a nice opportunity to add to his four-goal tally as his team take on the leaky defense of Spezia’s in front of the home crowd. You can back the Senegalese forward to score anytime at the 3.40 odds.