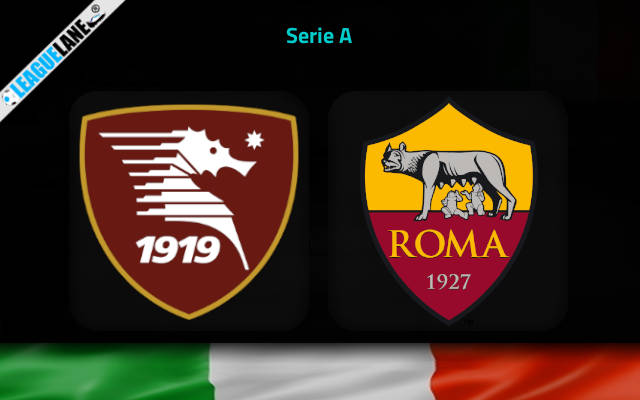 Salernitana narrowly escaped relegation last season and they must consider themselves lucky to have avoided a fate as in the 1998/98 season, their only previous stint in Serie A.

The Granata must be considered as one of the hot favorites to go down at the start of this season as well. The team finished last season as the second worst attack and the worst defense in the division. The 78 goals they conceded is the worst combining both Serie A and B together.

Davide Nicola, who guided the team to safety since taking over in the second half of the season, had a busy pre-season. He acquired the services of many young players.

The 22-year old Norwegian striker Erik Botheim is arguably the one to watch. While the veteran Franck Ribery can add experience in the middle of the park.

Salernitana started their competitive season last weekend and were eliminated from Coppa Italia with a 0-2 defeat at home to Parma.

Roma had an excellent first season under Jose Mourinho. With limited resources, the Portuguese managed to guide the team to a respectable sixth placed finish.

A silverware in a very long time was delivered with the 1-0 Europa Conference League final at their home turf against Leicester City.

No one can doubt the ambitions of Jose and he has made some excellent signings in pre-season. The arrival of Paulo Dybala on a free transfer is without a doubt the best business of summer. The Argentine is expected to bolster a young attacking unit alongside Nicolo Zaniolo and Tammy Abraham.

The Giallorossi had a busy pre-season and they wrapped the round of games with an impressive 1-0 win against Tottenham and 5-0 thumping of Shakhtar Donetsk.

Roma were quick off the blocks last season winning three on the bounce. The squad is now strengthened and looks well-settled under Mourinho. Thus, we expect nothing less than a crushing win for the Giallorossi.

Tammy Abraham netted 17 goals in his inaugural season in Serie A and he is our top pick to score anytime at the Stadio Arechi. The young Englishman had netted in the team’s visit to this ground last season.