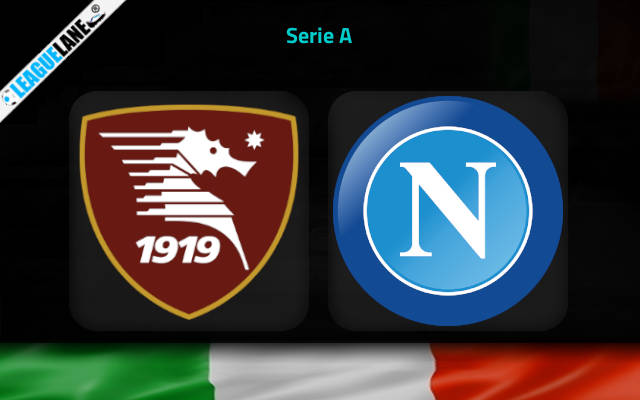 Salernitana suffered the toughest defeat of the season last Sunday when they fell 8-2 at Atalanta.

Shipping eight goals just before the clash against the competition deadliest attacking line čis certainly something to be worried about but this is exactly the task ahead of Salernitana’s players this weekend.

Davide Nicola’s men are set to play host to table-toppers Napoli in Gameweek 19 on Saturday afternoon at Stadio Arechi.

The match could have hardly come in a worse moment for the hosts. They are winless in six successive league games, claiming just two points in the process.

If we count mid-season friendlies against Fenerbahce and Alanyaspor, Salernitana conceded at least two goals in seven of the last eight outings.

There is just nothing to suggest a positive scenario for them here against Scudetto hopefuls Napoli.

I Partinopei are enjoying a fairytale campaign in this term of Serrie A. They have increased the advantage at the top of the standings to nine points after the 5-1 drubbing of Juventus last Friday.

Victor Osimhen continued his extraordinary form by taking his league tally to 12 goals with a brace against Juve, while the talented Georgian winger Khvicha Kvaratskhelia was also on target last time out at Stadio Diego Armando Maradona.

Everything points towards an easy win in a one-sided contest for Napoli and we can hardly back anything else but their win in both halves at the odds of 2.75 odds. Luciano Spalletti’s troops won 15 of 18 league games this season. They should really not drop precious points here against the out-of-form Salernitana.

As for the second pick, we will take the 2.00 odds offered for Napoli’s top scorer Victor Osimhen to score anytime against the leaky Salernitana defense.