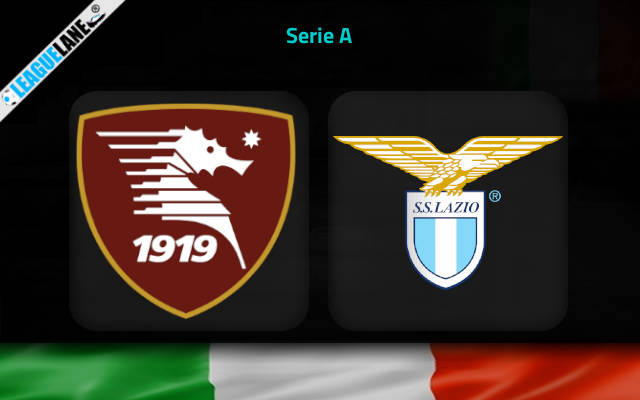 Salernitana in their previous match gained valuable points after a streak of losses. An improved second half of the season could easily take them out of the relegation zone, as they are not much behind the other teams in the zone.

Lazio, despite not being in the worst of forms, will need to improve considerably if they are to challenge for one of the European spots.

Granata registered a win over Verona by a score line of 1-2 away from home in their most recent fixture. This marked the club’s first win since October.

With just the win to show for in the previous five league fixtures the club now sits rock bottom of the table six points away from safety.

Biancocelesti lost their most recent fixture to Inter Milan 2-1 away from home at the San Siro. This was their first loss in four fixtures.

Thus with seven points coming from their last five league fixtures, the club now sits 8th in the league level on points with their cross-town rivals and 6th place Roma.

The visitors have lost three of their previous five fixtures away from home. However, those losses came against teams in the top of the table.

With the club still managing eleven points from the last eight away fixtures, I have picked them to emerge winners from this fixture. To add to it the hosts are on a 5-match losing streak at home.

Ciro Immobile with fifteen goals is now the league’s second highest goal scorer this season. The Italian striker is now just a goal behind Vlahovic’s tally of sixteen. I expect the 31-year-old to at least add one goal to his tally this Saturday.