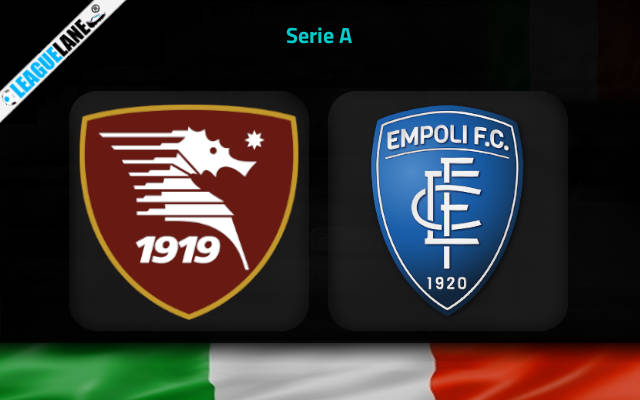 Both Salernitana and Empoli had managed to stay above the relegation cut-off by a tiny margin of points the last season in the Italian top flight. And unfortunately, they have carried over this poor form into this new campaign as well.

Salernitana are placed 12th in the table as of now and they have a 100-percentage winless record disregarding a single victory, which had come against the struggling Sampdoria.

And importantly they had finished 17th in the table the previous season in the league and had a surplus of just one point over the cut off at the end of the season. Do also note that they were able to register a total of just seven wins all through the campaign.

Meanwhile Empoli are placed 14th in the table and they have remained completely winless so far in the tournament.

Do also note that they have been letting in goals in huge numbers on the road for quite some time now, and due to their performances in recent games they have invited huge pressure upon them.

Going on, goals have also come in plenty whenever these two teams have locked horns in the past and taking into account all these observations it is expected that both teams will find the back of the net at least once this Monday.

Salernitana were able to deliver a total of just three wins in the past four months and they had started this new season on a two-game losing streak.

They also have registered a total of just three wins in front of their home crowd in the past eleven months and in the process, they had gone on a 6-fixture losing streak.

Considering these observations, expect a high scoring affair between the two teams this Monday.

Tips for Salernitana vs Empoli