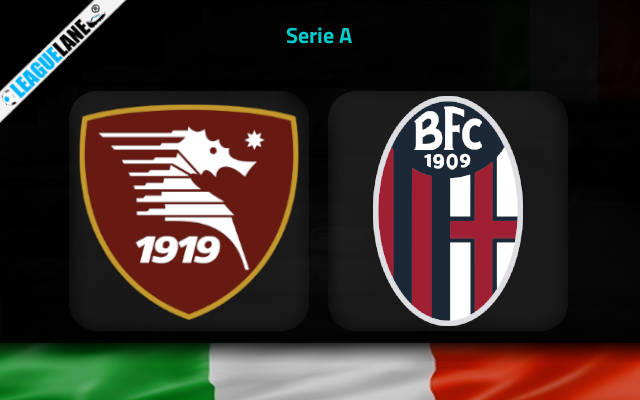 Davide Nicola made a great debut on Salernitana’s bench last weekend when he left the rock-bottomed team to a 2-2 draw against leaders AC Milan.

It was one of the best performances of the season for Salernitana who still have time to rescue themselves despite being eight points below the safe zone line.

The team from Salerno made it three consecutive games without a defeat (all three draws) and they will fancy their chances of maintaining such rhythm on Saturday afternoon when Bologna come to visit Stadio Arechi.

Bologna have by no means been a significant force in this term of Serie A. However, they are also pretty safe from the relegation scrap, sitting nine points above Cagliari in the red zone.

Bologna will travel to Salerno on the back of a 2-1 victory over Spezia on Monday night. Marko Arnautovic completed a brace in an important comeback win for the team led by Sinisa Mihjalovic.

However, Bologna will also enter this tie off of four defeats in the last five league games on the road.

Bologna shipped at least two goals in each of these four losses which should open the way for Salernitana to make it three successive home fixtures with two or more goals scored here.

The teams have a win, a draw, and a defeat each in the last three head to head meeting since 1998.

Bologna celebrated a 3-2 victory when they faced Salernitana in the first half of the season in August last year at Stadio Renato Dall’Ara.

Both teams were on target in two of the last three head to head meetings.

Salernitana played two straight 2-2 draws in front of their fans. We certainly find them capable of producing at least two goals here against Bologna who have shipped at least two goals in four of the last five away outings in the competition.

We also like the 1.66 odds offered for Salernitana not to lose given they made it three straight games without a defeat and they now have fresh new energy with the arrival of new manager Davide Nicola.