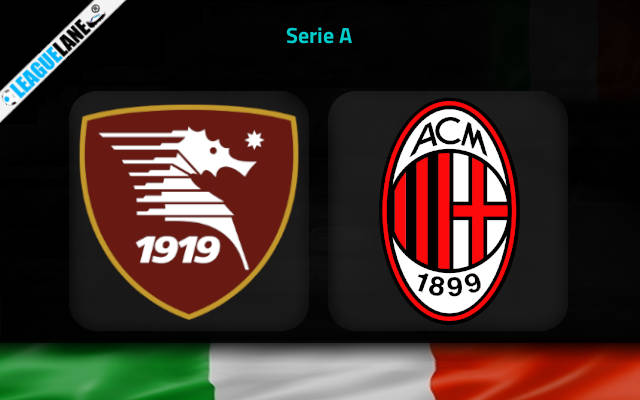 Salernitana host AC Milan in the first Serie A game of the year on Wednesday morning at Stadio Arechi in Salerno.

Both teams will be looking to forget their respective exhibitions during the World Cup break as quickly as possible and return to competitive football with the opposite result here.

Salernitana suffered two tough defeats on Turkish soil in December, conceding three goals to Fenerbahce nad Alanyaspor apiece, netting just once at the opposite end in the process.

If we count the pre-World Cup league affairs, Salernitana are on a streak of four successive defeats.

They have allowed eleven goals in the process (almost three per game). Head coach Davide Nicola can by no means be satisfied with his squad’s recent defensive showings because Salernitana shipped at least two goals in each of the last five outings.

This will be the music to the ears of Rafael Leao, Olivier Giroud, and company, as AC Milan’s forwards should have plenty of room to deliver on Wednesday.

I Rossoneri have the third-best attacking record in the league. Leao and Giroud have eleven goals combined this season and they will represent a big threat to Salernitana’s goal.

Stefano Pioli’s troops are eight points behind leaders Napoli and they can ill afford a slip-up here against the out-of-form bottom-half opposition if they want to keep the title-defense quest alive.

Salernitana are on a run of four consecutive losses, including two competitive and non-competitive games each. Their defense line has plenty of holes and we can’t see the hosts keeping hold of AC Milan’s stars on Wednesday.