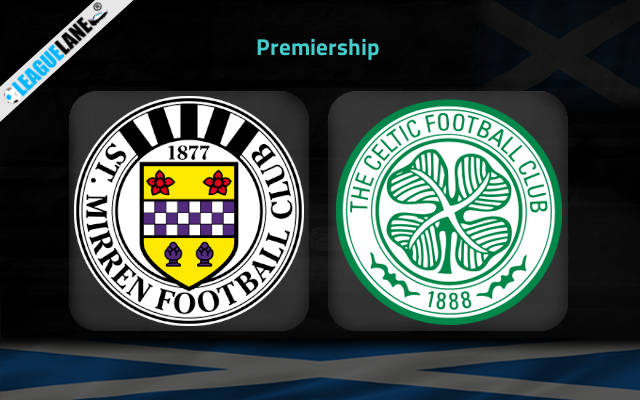 With 23 points in the difference, Celtic is at the second spot on the league in the zone of promotion to Premiership Championship group. St. Mirren is at the relegation group not able to seek a victory in 9 league games, is set to host The Hoops at SMISA stadium in the 19th round of Premiership match.

The Saints are at the at the 9th spot on the table with 18 points from 18 matches. They won only thrice while drawing on 9 occasions and losing on 6 other fixtures. They concede more goals than the scored ones standing at 18:29.

Things have not been going that well in front of goal for St. Mirren recently, with the side failing to score in 2 of the last 5 games. Their opponents scored a total of 8 while they themselves got 3 from the previous 6 meetings. In the previous week, they drew to Hibernian by 1-1.

The Hoops is at the 2nd spot in the Premiership with 41 points from 18 games. They won 13 matches while drawing twice and losing only thrice in the league. They are the team to least concede with only 11 while netting 39 in total.

Celtic has kept 3 clean sheets in the last 5 games, conceding 2 goals during this period. Overall this season, their defense has kept a clean sheets on 9 occasions. They have now undergone 12 games without losing with 6 consecutive wins, with the latest against Ross County by 2-1.

The Celts are undefeated in their last 6 away league fixtures. Moreover, they have also not lost to St Mirren in games played away from home for the previous 13 league matches. Taking all these factors into account, we conclude an away win to happen at SMISA Stadium this Wednesday.