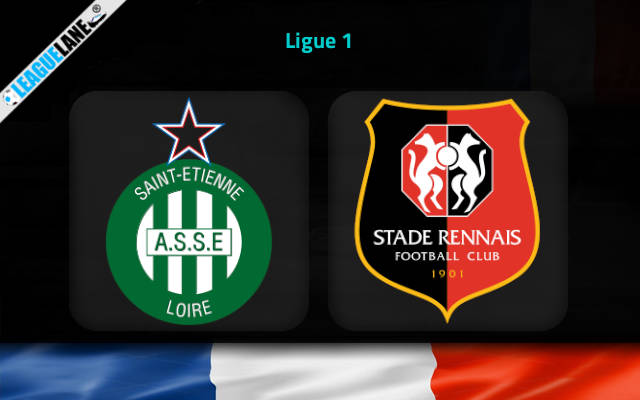 Early Sunday will see Saint Etienne who are in bottom place in Ligue 1 take on Rennes.

It is strange to see Saint Etienne in last place as they have a great history in French football but it is very close at the bottom and just 1 win here at the weekend could see them escape the bottom three.

Saint Etienne have lost their last 2 games which came against PSG and Brest in midweek. Before that the club had won two games in a row so their season has already felt like an up and down one. At home the Verts have struggled with just 1 win so far and the majority of their results here have been draws with four from 8 games.

Rennes are in 3rd place with 28 points and are just one point behind 2nd place Marseille so the race for that position is certainly on. However they are 13 points shy of league leaders PSG. Rennes lost their last game against Lille by 2-1 but have won 50% of their games overall.

Rennes have been inconsistent on the road this season but recent form has been impressive and they have gone their last 4 games unbeaten. Their last away game finished in a 2-0 victory over Lorient.

Saint-Etienne vs Rennes Head to Head

Saint Etienne have a really poor record at home to Rennes although a few of those games has ended in draws but it has been 9 long years without a league victory at home against Rennes. However they have won a few cup matches against Rennes at home.

Rennes away form has been consistent in recent weeks but the one worry here is that we see a draw which would hurt our choice as we are going to back the away side to win this game.

Rennes need to keep up the pressure on Marseille because the other sides just below them won’t give up the chase for a European spot.