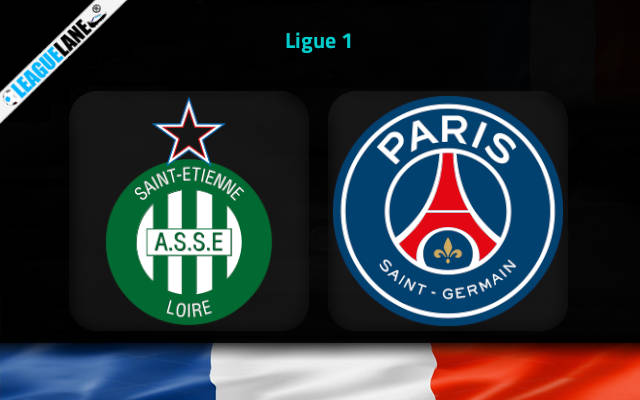 PSG, after a disappointing trip to the Etihad Stadium this midweek which saw them lose their first UCL fixture this season, would hope to seek solace with a win over Saint-Etienne, when they travel to Stade Geoffroy-Guichard, this Sunday. Read our Preview, Predictions, and Betting Tips with Analysis here.

While the Green was victorious in their trip to Troyes in a 0-1 score line in their preceding league fixture, PSG beat Nantes 3-1 at home despite getting their goalkeeper sent off with nearly half an hour left in the match.

A.S.S.E. started off the season without a win in their first 12 league games. The team had gained only 6 points from those fixtures but with 2 wins on the bounce since they have further added 6 points.

With 6 draws and 2 wins the team is currently 19th in the table with 12 points, 3 points ahead of Metz who are bottom of the table. A club that looked likely to play in Ligue 2 until recently with a win here could end up as high as 14th in the table.

The Parisians have walked the league so far this season. They have been the best team in the division and by a distance. They have lost just once in 14 league games that came against Rennes on the road and have further dropped a couple of points through the draw against Marseille. With 37 points they are 11 points ahead of Nice who are 2nd in the league.

The hosts’ recent resurgence is impressive for a team in the relegation zone but with just a home win in the season, they stand no chance against the mighty Parisians who have lost just once in league games on the road since February.

Despite leading the league by a country mile, The Red-and-Blues have conceded in all but one of their last 9 fixtures. The Saints on the other hand have scored in 6 consecutive and against a side who has just 1 win in their last 5 away games should get on the scoresheet at least once.