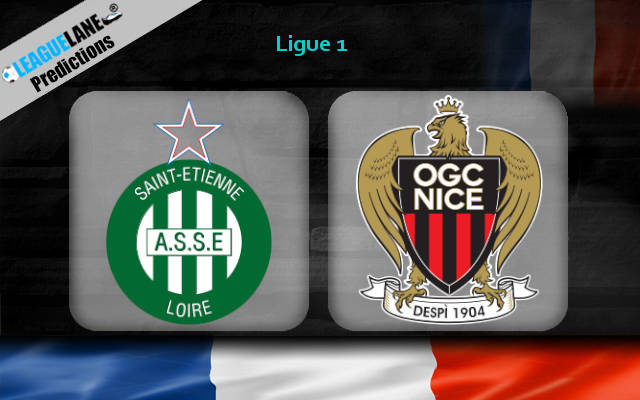 Saint-Etienne come into this game in 7th place and have 10 points and whilst the club have started well their last few games may raise cause for concern.

The club were in 2nd place and fighting with Rennes for first only at the beginning of the month but they have now gone their last 3 games without a win, and when they played Rennes they lost 3-0 at home.

Saint-Etienne’s last game ended in a 2-0 defeat at Lens and they come into this encounter having lost back to back matches.

Nice are in 8th place and have the same points as their hosts. Form has been erratic although they have gone their last two games without defeat. A draw against Bordeaux and a win against Nantes has boosted the side and perhaps the international break came at the wrong time for the club.

Saint-Etienne vs Nice Head to Head

Saint Etienne have recorded good results over Nice recently and being at home they will be the favourites to win this game.

We expect a good game with goals and will back the home side. But our main choice will be to back Denis Bouanga to score for Saint Etienne. He is a dangerous player and will have chances and he scored 2 goals the last time the teams played, he is also odds of around 3.00 to score anytime which represents great value.

Nice will have their chances no doubt but Saint Etienne have enough in the tank to get this job done.