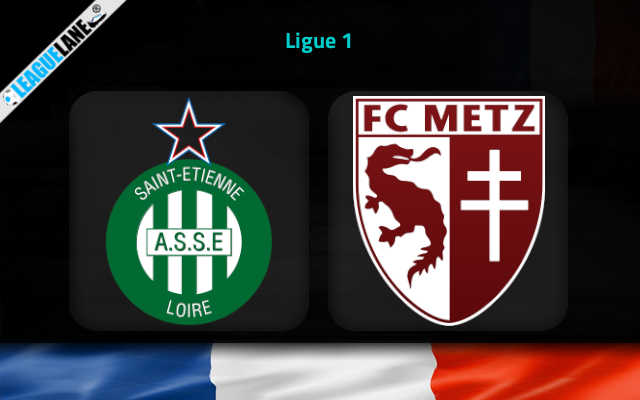 The relegation battle in Ligue 1 could hardly be more exciting with four bottom teams lock on 22 points after 26 rounds of the competition.

Saint-Etienne and Metz are among these four outfits, meaning we are in for a super-important relegation six-pointer between these two sides who meet each other exactly at noon on Sunday at Stade Geoffroy-Guichard.

Saint-Etienne have been on a great run of form lately, winning three successive clashes against Angers, Montpellier, and Clermont.

The winning thread ended with the 2-2 draw against Strasbourg, which can by no means regarded as a poor result since Strasbourg are in contention for the Champions League football.

Nevertheless, the team led by Pascal Dupraz will get a nice chance to return to winning ways here against Metz who have not been pulling up many trees of late.

The visitors travel to Stade Geoffroy-Guichard winless in five subsequent matches in the league. Scoring goals has been a big issue for Frederic Antonetti’s troops lately as Metz only managed to find the back of the net once in the previous five league affairs.

They will go into this off of back-to-back goalless draws to Lille and Nantes. It is worth noting that Metz failed to register a single shot on target in the home fixture against Nantes seven days ago.

Saint-Etienne have been in a much better form lately and we expect them to take advantage and pick up another important in front of the home crowd.

Metz are struggling badly for goals and we can find the value in backing the hosts to keep a clean sheet at the odds of 2.37 here.