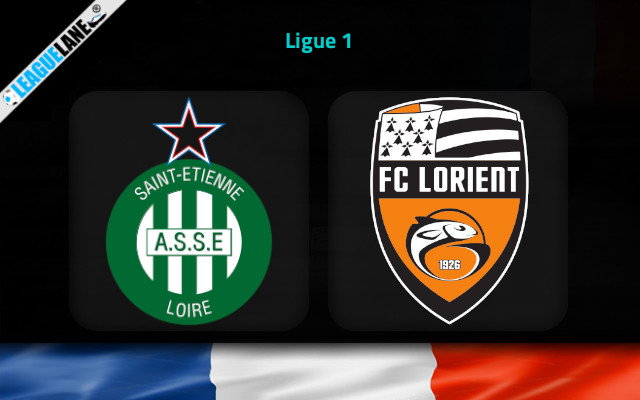 Saint-Etienne will begin their 2021/22 Ligue 1 campaign with the home fixture against Lorient on Sunday afternoon.

Four points separated the two teams in the bottom half of the standings in the previous term of Ligue 1.

Neither outfit made significant changes in between the two seasons and we do not have too many reasons to expect them to beat the last year’s achievements (failures).

Saint-Etienne had a disappointing pre-season. Judging by their displays this summer, the head coach Claude Puel could face serious problems with the lack of meticulousness in his squad’s back line.

Their rivals’ defensive woes will be the music to the ears of Lorient’s main striker Teremas Moffi.

The 22-year-old Nigerian forward is a real predator up front. He was one of the best attackers in the league last season, netting as many as 14 goals for Lorient.

Moffi announced a strong campaign in this term of Ligue 1 by delivering the goods in the off-season.

He made the difference netting the only goal of the game in Lorient’s 1-0 victory over Angers in the team’s final preparation match last Saturday.

Lorient will enter this match in much higher spirits following their decent run in pre-season friendlies. We fancy the attractive 2.75 odds offered for Terem Moffi to score anytime for the visitors.

Saint-Etienne’s back line has really shown signs of vulnerability this summer. We are thus also tempted by the 2.62 odds offered for Lorient to score two or more goals on Sunday afternoon at Stade Geoffroy-Guichard.