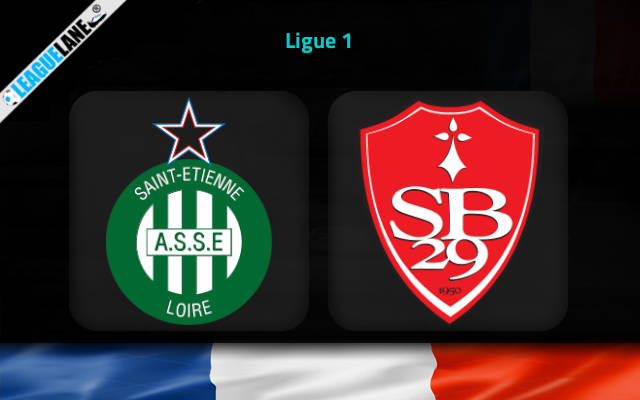 Etienne are growing impatient and desperate each passing match-day. They are placed 18th in a table of 20, and are in the clutches of the relegation zone. They have been on a long winless run, and they are letting in goals in huge numbers.

They need to climb over the 17th placed Clermont, if they need to avoid getting the boot. But they do not have much time remaining to do that. The team will have to climb higher in the remaining seven match-days.

Meanwhile, Brest are placed rather comfortably in the mid-table. They have had issues with form and defense, but definitely not up to the extent as that of their counterparts.

Moreover, they have fared quite well in their most recent road fixtures, and importantly, they have a superb h2h record against this foe over the years.

By the looks of things, expect a win for Brest this weekend at the Stade Geoffroy-Guichard.

Etienne lost 6-2 on the road the last match-day, against Lorient. They are also on a two-fixture losing streak, and they are on a four-game winless run as well.

They were also winless in six of their former seven overall fixtures, and they had remained so in 17 of their past 21 appearances at home.

On the other hand, Brest registered a 1-1 draw the past game week at home, against Nantes. They were also unbeaten in five of their last eight overall games, and they had won two of their past three road trips as well.

Considering these observations, and past h2h stats, expect a win for Brest this weekend.

Tips for Saint-Etienne vs Brest