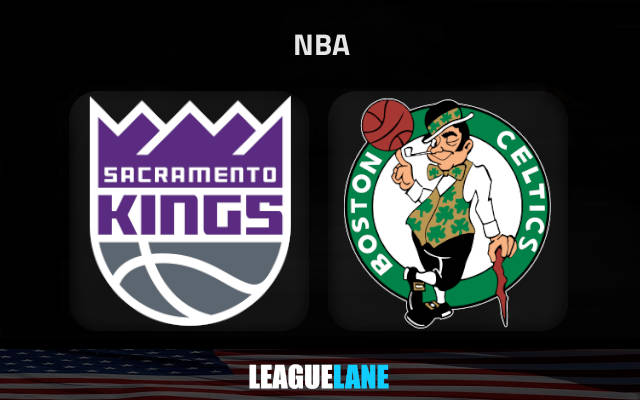 Boston Celtics and Sacramento Kings will lock horns in one of the most exciting games of Friday’s NBA slate at TD Garden.

The Kings snapped a seven-win thread two days ago

Sacramento Kings ended their seven-win thread with a 115-106 loss to Atlanta Hawks on Wednesday evening.

The Hawks put the game away from the rivals’ reach in the first half, taking a double-digit lead into the half-time break and never giving it up later on.

It was a surprisingly slow offensive night for the Kings who had earlier been firing on all cylinders in attack.

De Aaron Fox had a poor shooting night, going 7-for-20 from the field. Domantas Sabonis was as good as usual, bagging 15 points and 13 rebounds on the occasion.

The Kings are still the second-best offensive team in the league. The problem for them, though, is they are now set to face the very best offense in the country on Friday.

Tatum and Brown are firing on all cylinders

The Eastern Conference leaders did not have too many problems with Luka Doncic and his Dallas Mavericks, clinching a 125-112 victory on Wednesday night at their TD Garden.

Doncic had 42 points and 8 rebounds but it counted for little as his Mavs lost by a double-digit margin on the occasion.

On the other side, Jayson Tatum finished the game with 37 points and 13 boards, while Jaylen Brown added 31 points. Marcus Smart stepped up with 13 points and 9 assists.

The Celtics are unstoppable offensively right now. With 118.8 points per game, they are by far the most lethal offensive team in the league at the moment.

This has to be a beautiful game of basketball between the two outfits with the very best offensive ratings in the entire league. In these circumstances, we simply have to take the Over 232 points bet at the -110 odds. We will alternatively take the Celtics in -7.5 points at the -110 odds knowing they are 7-1 at home this season.