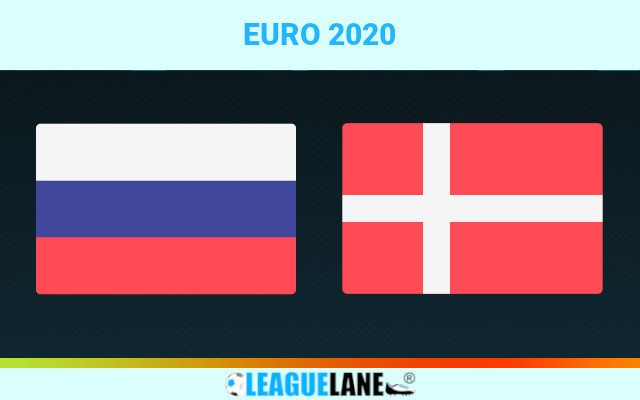 The Danes need a win at any cost this Monday to have any shot at progressing to the knockouts. They are ranked much higher than the Russians, and also have a much better squad at disposal. Count on Denmark to deliver in this crucial game.

As of now, Russia are ranked 38th in the world by FIFA, as opposed to their counterparts being placed in the top-10.

In fact, it was the unfortunate incident of Christian Eriksen that completely derailed all the plans of Danes.

Despite the team losing both their matches in the competition, they will derive confidence from the fact that they were in a position to win both these fixtures, before succumbing to defeat.

We can expect Denmark to give their 100% on the pitch this Monday, and Russia, who have not been consistent lately, will probably find it hard to hold their ground.

Defender Mario Fernandes was subbed out even before the half-hour in the latest match-day, and was replaced with Vyacheslav Karavaev.

Gaffer Stanislav Cherchesov will start with Karavaev this Monday, and the rest of the line-up should be as same as the recent game week.

Forward Yussuf Poulsen who had slotted in an early goal against Belgium the last match-day, and midfielder Pierre-Emile Hojbjerg who had created the opportunity, have certainly won the confidence of gaffer Kasper Hjulmand.

The team showed great fighting spirit all through the tournament, and rose to the occasion in the absence of their fallen comrade Christian Eriksen.

Hjulmand should stick with the same eleven that gave the first-ranked team in the world, Belgium, a run for their money.

Russia had won the sole match-up between the two so far this 21st century, with a 0-2 scorecard. The game had taken place in 2012.

The Russians were winless in nine of their former thirteen overall games, and almost all of their wins in the past two-year period have come against teams ranked considerably much lower than them.

Here though, the Danes are placed in the top-ten of the FIFA list. Moreover, they were also unbeaten in 34 of their preceding 39 overall fixtures, and they have lost just against two teams on the road in the past three-year period.

One of those teams are the Belgians, who are ranked first in the world. The other defeat had come against Finland – but that was mainly due to the unfortunate collapse of Eriksen on the ground, and the subsequent incidents.

This Monday, a win is a must for Denmark, and we can count on them to give their absolute best on the pitch for the three points – which should result in success against the struggling Russians.

However, Russia will try to take advantage of the desperation of their opposite number, and will probably find the back of the net at least once.