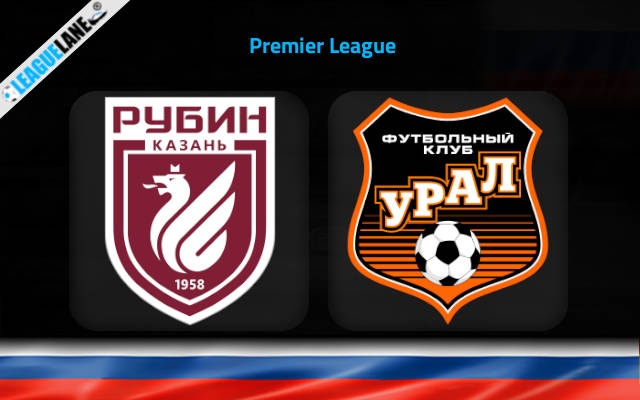 Rubin Kazan are hoping to return to winning ways on Monday afternoon when they host the rock-bottomed Ural in the seventh round of the Russian Premier League.

Leonid Slutskiy’s men suffered their first defeat of the season just before the international break when they fell 2-0 away at Krasnodar.

We can thus speak about some sort of crisis in Rubin’s attacking performances at the team managed to score just two goals in the last three league fixtures.

It is a poor record if we know they’ve played the likes of Krylya Sovetov Samara and Khimki (back-to-back 1-1 draws) before the mentioned loss at Krasnodar.

The match against strugglers Ural thus comes just at the perfect moment for the hosts who have a nice opportunity to get their campaign back on track with a three-pointer here.

The visitors have been the weakest team in the entire division in the opening six rounds. No other Russian Premier League side has scored fewer than their two goals in six outings.

Ural are also the only team in the competition without a victory. We can hardly see the first one coming here against the likes of Rubin Kazan.

Based on everything written above, the narrow clean-sheet home win has to be the way to go in this one.

Ural are just incapable of causing the damage in the final third at the moment, while Rubin Kazan have not been much better offensively themselves of late. The Under 2.5 goals FT looks great at the odds of 1.65.