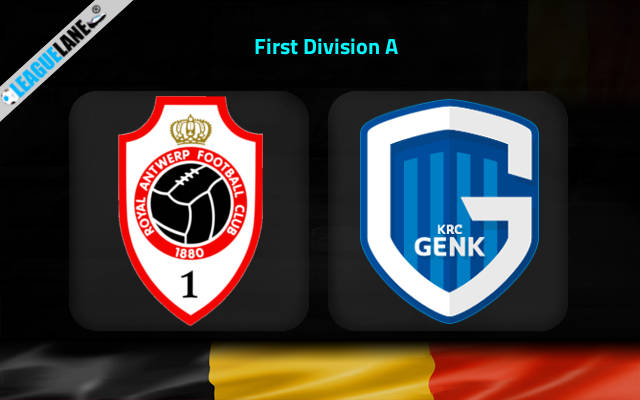 The Belgian First Division fixture at Bosuilstadion on Sunday will see home side Royal Antwerp locking horns with guests Genk.

Genk climbed up to the first spot of the table with a 6-1 victory over Westerlo in the previous fixture. Needless to say, they deserve that place. Although they started with a loss, they succeeded in not conceding a single defeat further then.

They are currently unbeaten for 12 games and it deserves to be mentioned that their offensive line had netted in a total of 30 goals in the process. Also, they have been displaying a trend of scoring in both the halves lately.

Their Nigerian striker Paul Onuachu has scored 6 goals in the last four games. At least one should be expected from this in-form striker who will enter this fixture with a brace scored in the previous outing.

Any other team would have undergone the destructive form of this Genk except Antwerp. The current second-placed Royals is more likely to give a tough time against them.

Going on, it will be very difficult to regain the top spot which Antwerp lost due to their recent defeats. However, they are still the second best outfits of this season and we can expect an interesting goal-fest at Bosuilstadion when they meet Genk on Sunday.

Antwerp is on a winning streak at home since the beginning of this season. They have scored 16 goals in those six appearances. But that is unlikely to affect the spirits of Genk, the best away team in the league currently.

Having scored 13 goals in the last five victorious away matches, Genk need to look no further for confidence.

However, the possibility of a stalemate cannot be ruled out since both these outfits have an exceptional form at the respective areas. Therefore, we like to back the Draw No Bet Option in favor of Genk.