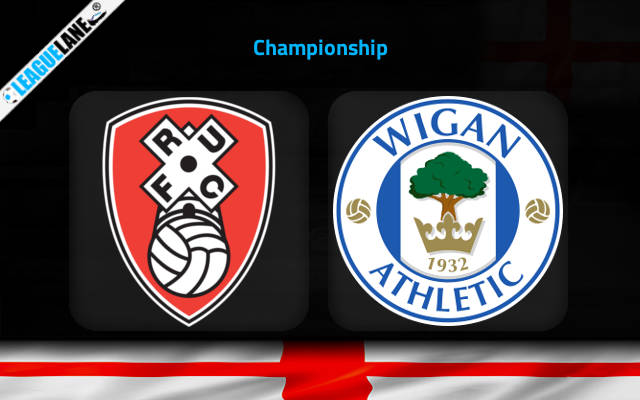 Manager Leam Richardson is upset as his team lost to Reading by a narrow 1-0 margin last time in the Championship. This result ended the team’s three-game unbeaten streak. Moreover, this is their second defeat of the season.

So far the visitors have shown a new pattern. Presently, four different players have found the back of the net in the last three games. Hence Leam Richardson will have more options to choose from to lead the team’s attacking lineup.

The team have now kept two consecutive clean sheets. In this upcoming fixture if Paul Warne’s side manages to secure a win they will overtake Burnley on the table ranking.

It is interesting to know that the Paul Warne’s team have finished over 55% of their matches in stalemate this campaign. The team’s strength lies in its defence. They have only conceded a total of six goals this season.

Nevertheless, the visitors have not kept a clean sheet in their last five consecutive league outings.

An interesting fact is that the host remains the only club yet to concede inside the first 30 minutes this Championship season.

Our first tip for this game is that Wigan Athletic will win this game- the odd for this tip will be at 3.00 odd. Currently, they are unbeaten in the last four encounters against Rotherham. Also, they have won this fixture twice by one goal margin. Not to mention two clean sheets as well.

Moreover, the next tip is that Chiedozie Ogbene will score anytime – the odd for this tip will be at 6.00. He has scored four goals in his last nine appearances. Hence we can expect him to extend his goal tally against Leam Richardson’s team.