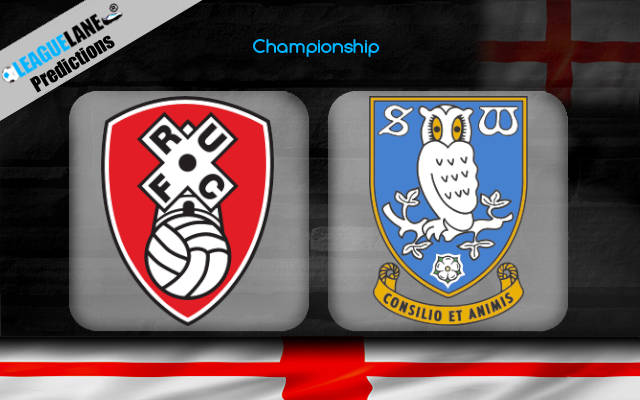 Rotherham has only one win in their seven appearances so far in their return to Championship. The promoted side has picked up 6 points in the same period with a poor form (1W 3D 3L). They will host on the back of a 3-0 loss on the road against Reading last time out in the league schedule.

With 12 points deducted from their form by Federation decision, Sheffield Wednesday is at the ultimate bottom of the table with -4 points. A win is a must for the Owls, considering they have to make a comeback into the league. They will visit on the back of a 0-1 loss at home against Luton in the Championship.

Rotherham enjoys the ground advantage in the game, but are still not familiar with the league’s dynamics in the middle after returning to Championship. Their winless streak in the campaign schedule is clear evidence of the Miller’s struggle in the fixtures.

Besides, the promoted team has won only one of their nine home matches against the Owls in their h2h history since 2001. This points to a slight edge for the visiting side in the upcoming match, despite being at the ultimate bottom of the table.

Sheffield Wednesday has won their last outing in the campaign, which will improve the morale of the players with all the fuss going around in the camp. On the contrary, if it was not for the federation decision, the Owls would have had 16 points in the schedule.

Since we can expect a couple of goals in the game with both teams exhibiting decent form, the tip for over 1.5 goals will probably be the best bet for the punters. The double chance favoring Sheffield Wednesday will also be a suitable option to yield decent returns in the encounter.