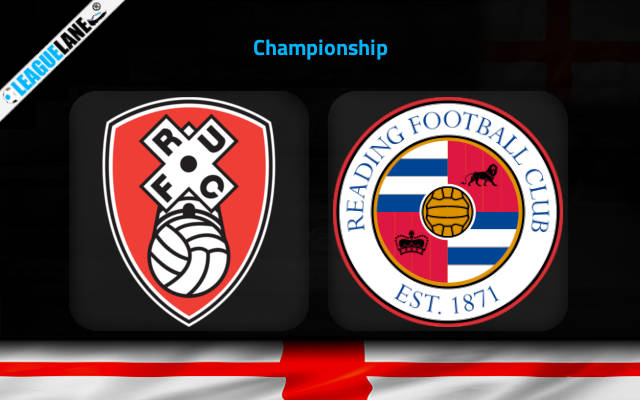 Rotherham were having an excellent form in the past League One season. As a result, they claimed the second spot of the league table to gain the promotion to the Championship battle. They had an excellent offensive and defensive line-up in the past season too.

Meanwhile, Reading had a disappointing form throughout the past Championship season. As a result, they ended up in the 21st spot of the table. They were so close to the relegation spot and it was a difference of four points which saved them from getting relegated.

We can see Rotherham playing a set of friendlies post the League One 2021/22 season. They faced outfits like Crewe, Doncaster, Mansfield etc in those pre season friendlies and managed to record positive outcomes. Their unbeaten outcomes with League Two outfits wont count much here.

They started off with a 1-1 draw against Swansea at home in the opening fixture of this Championship season. Rotherham is now following a streak of three unbeaten games at home. Also, they have won three of the past five home outings across all competitions.

On the other side, Reading were seen playing a set of friendly outings with the same unimpressive display they had the past season. They were mostly winless in them. Following such a run, they started off this Championship season with a defeat against Blackpool.

Reading had a dreadful form on the road the past season. They are currently following a streak of three losing games on the road excluding their recent friendly outings.

Considering all the above stats, we are expecting a win for Rotherham when they meet Reading in a Championship fixture on Saturday.