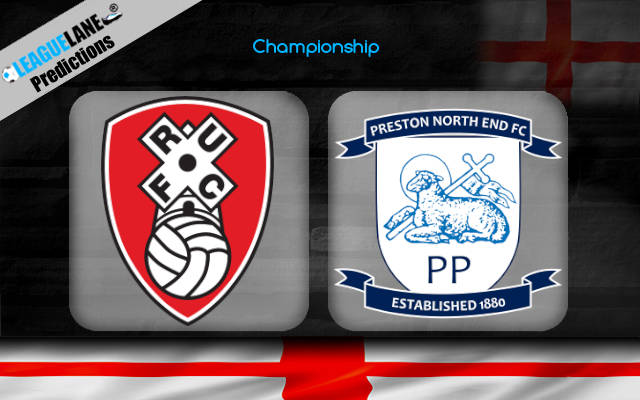 Two consecutive losses in the schedule ought to put Rotherham in a tough spot in the upcoming clash at home in the championship.

Having won only two of their ten league appearances so far this term, the Millers will not pose a huge threat. They will host after a 0-1 loss at home against Luton in the schedule.

Preston suffered two losses in their recent five clashes, both at home against Millwall and Birmingham within the top 15 spots in the table as it stands.

However, they will visit on the back of a 0-3 win on the road against the likes of Reading last time out in the campaign.

A couple of goals is likely possible in the upcoming match when these two sides meet. For their past five h2h meetings, all clashes have seen both teams score in each. Taking their current form in the league into consideration, the BTTS is a long call, but a couple of goals is probable in ninety minutes.

The tip for over 1.5 goals will probably be the ideal choice from the goals area for the encounter. Besides, Preston has averaged 1.4 goals in the campaign so far this season. With the favorites at such scoring form, we can back the above-mentioned tip at 1.40 odds for safer returns.

Rotherham enjoys the ground advantage in the fixture, but two defeats in a row will affect the morale of the players in the middle.

On the other hand, the Lilywhites are in a decent away form, enough to trouble the host in the upcoming championship game. So, the double chance favoring Preston will probably be the best bet for the punters.