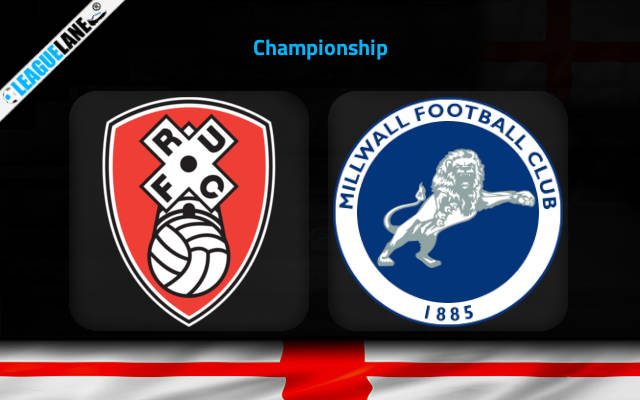 They are on an average stretch of performance this season. From the last 8 league matches, the team has got two win, four draws and two defeats.

The Millers conceded 8 goals so far in this season. However, their form is bit worrying lately.

Millwall had narrowly missed out on a ticket to the playoffs in the Championship last season.

However, they recorded displeasing outcomes further then and are currently on an inconsistent run in the league. As a result, they are positioned 16th in the league standings.

By the looks of things, expect an interesting Championship affair between the two on Wednesday.

Neither Rotherham nor Millwall is having an impressive form in the league lately.

Affairs including a visiting Millwall side have often been witnessing goals at a rate of at least 2.

Considering their recent head to head tradition at this stadium , we expect a both teams scoring affair on Wednesday.