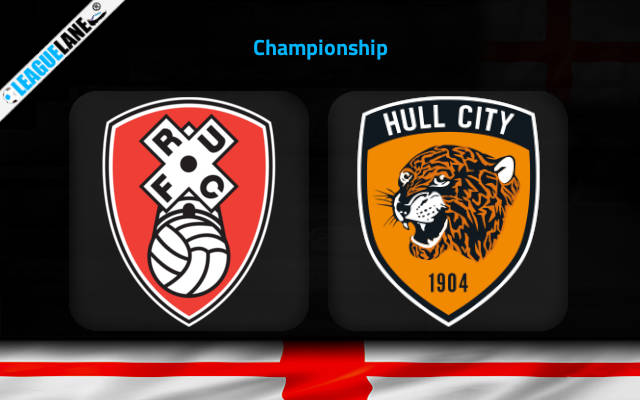 Hull are possibly en route to getting relegated. Not only are they placed in the bottom-most tier of the table, but they also lost most of their recent games. Meanwhile, Rotherham have extremely opposite plans. They are on a winning streak at the moment, and are going after a spot in the top-six.

Moreover, Rotherham are placed tenth in the table at the moment – and it helps their cause that the ninth-placed Reading are pitted against the eleventh-placed Bristol City next. At least one of the two will drop points, and this is an opportunity that cannot be allowed to go to waste.

Meanwhile, Hull are the only team in a league of 24 squads to have lost four of the past five games. They are hanging by a thread over the relegation cut-off, and managed to win just four games all through the campaign.

They also let in the most number of goals of all the teams in the competition, and are yet to secure a win away from home. In fact, barring two draws, they have a 100% losing record this season in the Championship.

It is also quite noteworthy that only one team scored fewer goals than them on the road, and they are also one of the two teams to have lost their past four road trips in a row.

By the looks of things, expect Rotherham to have the edge this weekend at the Aesseal New York Stadium.

Rotherham are on an impressive winning streak at the moment, and one of their very few losses in the past months came against toppers Blackburn. Note that they also lost a single league game at home since April.

On the other hand, Hull are on a long losing streak, and they let in two or more goals in almost all of their games this season.

They are also on a four-game losing streak on the road, and conceded 13 goals in the process.

Surely expect hosts Rotherham to dictate play this weekend at their home.

Tips for Rotherham vs Hull City