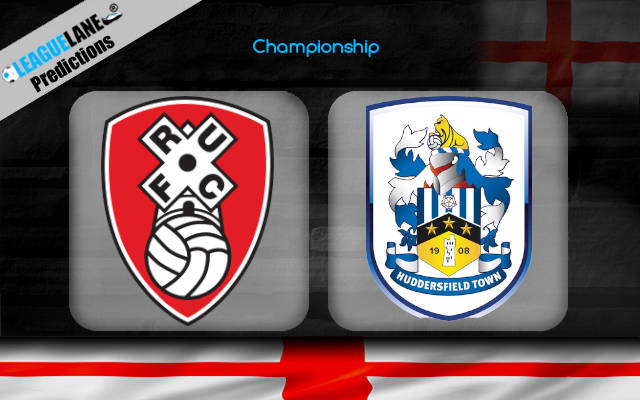 After spending one year in League One, Rotherham United have earned express comeback to the Championship. Main goal of course is going to be mid-table placement, far away from the red line.

So far The Millers are doing solid job, having collected four points from the opening three games. This weekend they will have second home appearance, searching for the first victory against Huddersfield Town.

The Terriers have had slightly slower start than the hosts, having lost two and won one game. All in all we are expecting to see a narrow contest.

These two teams haven’t met for three years now. The last four head to head encounters were always action-packed and had high number of goals. All of them ended BTTS & Over 2.5 FT. The most recent clash took place in Huddersfield and Terriers won it 2-1.

When it comes to all time stats, visitors have huge 12-1 advantage in terms of victories. The only time Rotherham’s fans celebrated victory against Huddersfield was in 2015.

Rotherham’s appearances so far have been rock-solid. They won the first match of the season on the road against Wycombe Wanderers 1-0, but soon after that lost at home to Millwall with the same result.

Draw on the road against Birmingham City 1-1 was considered as a successful trip. Overall, team is performing really well in the back line, conceding only two goals so far.

Huddersfield scored only once in the last four matches across competitions, which is we fancy the hosts to keep clean sheet betting option at 2.62.

If you are looking for a bit safer approach, our recommendation is Rotherham to win draw no bet at 1.70. Unfortunately, Huddersfield seem like a team that will be stuck in the lower part of Championship table, despite last week’s home win against Nottingham Forest.