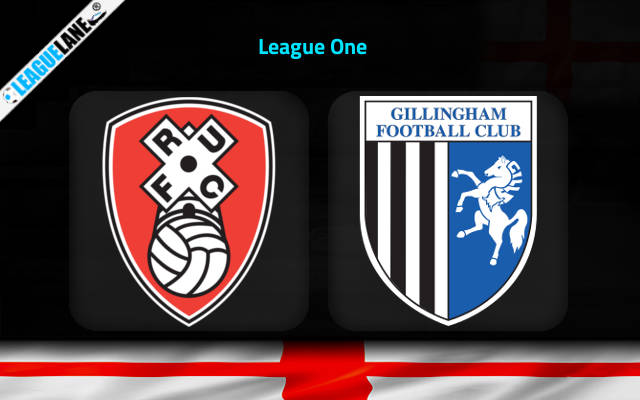 The Millers tops the League One table and are in the zone for promotion to Championship Play offs. Gills are at the relegation zone for League Two and a win is urgently needed by them in order to escape from it. After drawing their last match, Rotherham is set to welcome the guests and look forward on winning at Aesseal New York Stadium this Tuesday.

Rotherham is at the 1st spot on the table with 38 points. Of the 19 matches they played, 11 of them seen a victory and 5 of them ended in a draw. They lost only 3 games with an impressive attacking and defensive sides with goals to conceding ratio standing at 34:13.

They are unbeaten in 18 matches in all competitions, a run stretching back to early September. They have the best defensive line in the league having kept a clean sheet in the last 6 out of 10 League One matches.

The Gills are at the 21st position having secured only 17 points from 20 matches. They won only 3 games while drawing 8. They lost 9 matches in total with 3 of them back to back against Portsmouth, Cheltenham and Crewe.

Things have not been going that well in front of goal for Gillingham recently, with the side failing to score in 4 of the last 5 games. They lost their last 4 matches in a row and has conceded the first goal of the game in all 4 back to back fixtures.

The Millers are exceptional at home while Steve Evans’ men are performing poor at away fixtures having won only once this season. The hosts have the best defensive record in the division, conceding just 13 goals, while the visitors have the second-worst attacking record, scoring 16 in 20.

Rotherham should have little problem extending their unbeaten run, and will remain as a strong contender for League One title race. With such poor opposition coming to home, we expect the Millers to dominate and win with recording a third consecutive clean sheet.